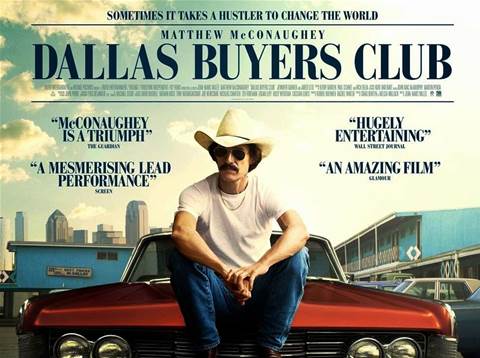 Dallas Buyers Club LLC wants a federal court judge to release the account details of around 10 percent of the 4726 alleged pirates identified in its legal fight with iiNet so it can test out its notification process.

Lawyers for the rights holder filed an interlocutory application late last month asking for Justice Perram to lift a stay ordered on May 6 that prevents DBC from accessing the account holder details for the IP addresses it tracked to alleged copyright infringement.

The company was granted preliminary discovery - meaning the ISPs involved in the suit were ordered to hand over the customer details of the 4726 IP addresses alleged to have shared the movie online without authorisation - earlier this year.

But Justice Perram put a stay on the order until he could be satisfied with DBC's method of communicating the alleged infringements to the account holders.

He was also concerned the company would engage in speculative invoicing.

In June DBC LLC submitted its proposed method of communication to the court, revealing it planned to ask alleged copyright violators for details of their annual salaries and online file sharing activities to determine the size of the penalty for the alleged infringement.

The communications were to take the form of a letter and telephone script.

But in August, Perram refused to lift the stay and grant DBC access to the account holder details, ruling two of the four methods it proposed to use to calculate an individual's damages were "untenable".

In August Perram said he would lift the stay if DBC provided a written undertaking to only use the account holder details to claim for the cost of a purchase of a copy of the film and damages related to the costs of obtaining the user details.

The judge said he would set a $600,000 bond should DBC breach such an undertaking.

At the time DBC decided not to appeal the ruling.

However, iTnews understands the rights holder is now asking the court to release a limited number of the alleged pirates' names and addresses to convince the judge his concerns are misplaced.

It is understood DBC wants the account holder details for around 10 percent of the 4726 identified IP addresses released so it can test out the notification process and show the judge it is viable.

The previously submitted letter and telephone script would be used as the notification process in the test, iTnews understands.

It is currently unclear how the damages issue would be resolved.

The parties are listed to attend a directions hearing on November 2.