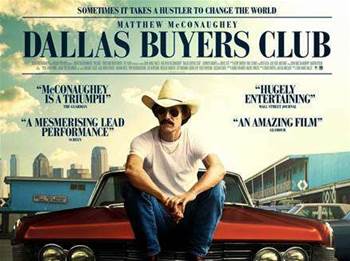 Exclusive: End of the line for rights holder.

The owners of the film Dallas Buyers Club have chosen not to take further action in their legal fight with iiNet over its users' alleged copyright infringement, bringing an official end to the year-and-a-half long saga.

Michael Bradley, the managing partner of DBC LLC law firm Marque Lawyers, told iTnews the company would not make any further applications in the case after its bid to access the details of 4726 alleged pirates was blocked in the federal court.

In December, Justice Perram said DBC LLC had failed to prosecute its case to access the details.

Perram said the proceedings would be terminated in their entirety by February 11 unless DBC LLC made a further application prior that date.

Bradley told iTnews there was nothing DBC LLC could do to get the outcome it originally sought.

"It's certainly a disappointing outcome for them. It doesn't do anything to mitigate the infringement that's going on - it's not a particularly satisfactory outcome from that point of view," he said.

However, he noted that the decision of DBC LLC to withdraw did not preclude others from "having a crack".

"That might happen. But if the circumstances and the context of that are close to this one, then you'd expect the same outcome," Bradley said.

"But I suppose if a distributor who was local wanted to have a try, then they presumably wouldn't face the same difficulty with security. You might get a different outcome."

Perram had set a $600,000 bond as a condition of his lifting the stay of the April 2015 preliminary discovery order, which gave DBC LLC access to the account holder details on a conditional basis.

Bradley said it was important to highlight that the substantive relief being sought in this case was access to information on a preliminary discovery basis - it "doesn't say anything about the potential outcome of an infringement claim against a known defendant".

"Hypothetically, if you chose to seek a single name and address rather than a large number in order to write to that person, the court probably would not feel the same need to intervene in a process they aren't normally involved in," he said.

Dallas Buyers Club LLC had been granted access to the details of 4726 account holders accused of sharing its film online in April this year.

It later abandoned its push for damages based on how many other, non-Dallas Buyers Club movies an individual had shared online, and said it would only claim for the cost of the film ($20), a single license fee for upload, and damages for its court costs.

Perram said he would not allow arguments made in the August judgment - and which had been shot down - to be revisited without any new material.

He ruled DBC LLC had failed to address his concerns about going after account holders for high damages.