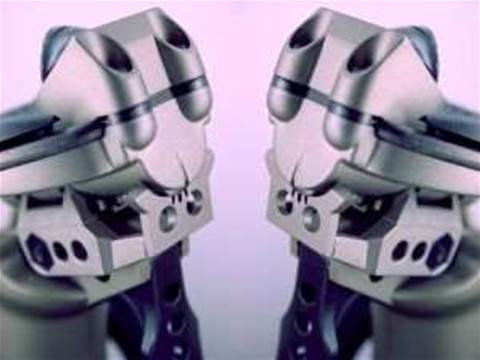 Other ISPs alleged to be in same boat.

ISP iiNet has revealed it received 1,356 notifications from a variety of sources seeking action on alleged copyright infringements in just one week last year.

Its general counsel Richard Cobden tendered the text of several so-called "robot notices" to the Federal Court today in its copyright battle with the film industry.

"Well before Australian Federation Against Copyright Theft notices began to arrive, iiNet and doubtless other ISPs were in receipt of thousands and thousands of notices," Cobden alleged.

Notices tendered to the Court included one from the Entertainment Software Association, a US industry body representing the interests of computer and video game publishers.

It was alleged that iiNet received approximately 1,356 notices over the course of a week commencing December 1, 2008.

These came in "parallel to notices from AFACT" and its investigators, it was alleged.

"There has been a constant bombardment of these notices and demands for takedown [of users] for years," Cobden alleged.

"Acting on [all these] notifications is simply unreasonable and burdensome and inappropriate."

Counsel for AFACT alleged yesterday that Perth ISP Westnet - which iiNet acquired - had developed its own automated system for matching and forwarding notifications on to users.