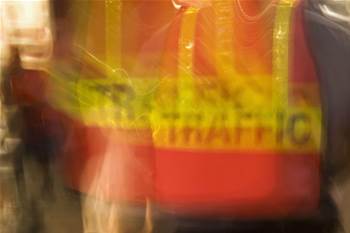 ISP iiNet should not have to accept the film industry’s “outsourcing” of rights management or deal with the fallout from passing on infringement notices, the Federal Court heard today.

Continuing his closing statements, iiNet’s lead barrister Richard Cobden argued against what the film industry has portrayed as “reasonable steps” for dealing with copyright infringement, claiming they place an “unreasonable burden” on the ISP.

“We will not take on the rights holders’ outsourcing of their rights enforcement,” Cobden said.

“The rights holders and studios say this [allegedly infringing] activity is incredibly damaging, [that they] are suffering from the effects of online piracy. Presumably they still make some money [from films] but what they say to ISPs is ‘you fix it up for us, but we’re not going to pay a cent’.”

Cobden characterised that response as a “big ask” of iiNet or any ISP.

He said that passing on notices of alleged copyright infringement could burden ISPs with higher levels of “complaints and disputes”.

“If a customer wishes to dispute what they’ve been accused of [in the notice] then the debate would be between AFACT and the customer,” Cobden stated.

“At the moment, the proposal from AFACT is effectively that iiNet pass on this information. The customer can then say; ‘That’s not right. What’s your basis [for the accusation]?’

Cobden told the court that iiNet was not in a position to respond to these types of requests because the “basis” was information not contained in its IT systems.

“It’s nothing like dealing with our own business issues, where a customer might ask ‘what’s the basis’ and we can tell them ‘our records show you haven’t paid your bill’,” Cobden stated.

“There’s no reason we should have the burden of dealing with complaints and disputes [involving AFACT notices] or escalations to the TIO.”

Cobden also said these steps were unreasonable because not every ISP received notifications from AFACT.

“It goes to reasonableness - whether it’s reasonable to impose on iiNet that burden.”

Cobden said iiNet chief Michael Malone’s suggestion of the need for a change to the Copyright Act, the introduction of another “legislative instrument” or the formulation of an industry code to deal with copyright infringement was “sensible” - but not “a demonstration of iiNet’s refusal to accept copyright rules.”

Cobden was also highly critical of the alleged “reluctance” of copyright owners to pursue any of the sample of 20 iiNet account holders surfaced in discovery for the purposes of matching against the film industry’s evidence of alleged infringements.

He argued that iiNet’s alleged failure to terminate any of those 20 accounts did not make it “even more culpable” in the case.

“The real question is why the applicants haven’t done a single thing about it or all the other infringements they say occurred in relation to their copyright subject matter,” Cobden put to the court.