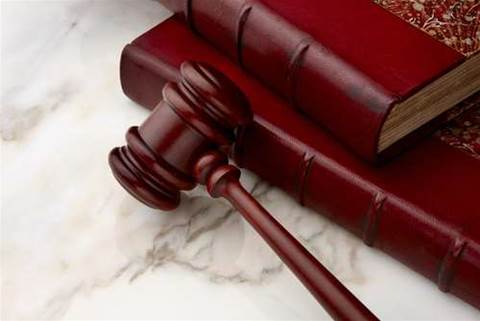 Concerned about words but mind already made up.

ISP iiNet wanted to know the meanings of terms used in AFACT notices only out of "intellectual curiosity" because it had already decided not to take action whether or not it received additional information including definitions, it was alleged in the Federal Court today.

At issue again was whether iiNet understood the technology jargon used in an Australian Federation Against Copyright Theft spreadsheet that allegedly identified infringing activities on the ISP's network.

Dalby had claimed yesterday in court that he had difficulty understanding some of the terms used in the spreadsheet that accompanied the first letter from AFACT to iiNet.

The spreadsheet was contained on a CD that accompanied the letter. It was reviewed by Dalby's colleague Leroy Parkinson, who also helped prepare iiNet's draft response to AFACT.

"In the time between when we received the first notification up until the subsequent letter [from AFACT], I had formed a clear opinion that it was impossible for us to comply," Dalby alleged.

"AFACT was asking us to take steps we couldn't. It mattered little about additional information provided to us [because] at a high level it wasn't our job to do AFACT's job and it was therefore a waste of resources to have Mr Parkinson review the details of thousands of [additional] allegations."

"It didn't matter whether or not they [AFACT] explained to you in the most minute detail each of the matters you didn't understand - your position was not to take any action other than forward the notifications to the police?" Bannon put to Dalby.

"We were not going to take any action to issue notices," Dalby stated.

"Therefore it was irrelevant whether you understood the spreadsheet?" Bannon claimed.

"It would help me understand AFACT's position," Dalby alleged. "It was an intellectual curiosity more than anything else. I wouldn't say it was irrelevant."

"So by 16 July [2008] you'd adopted a position where it didn't matter what additional information you got you were not going to take a step. Correct?" Bannon pressed.

"I wouldn't say that. It didn't appear to me there would be additional information that would change our mind. Our position was we shouldn't be doing AFACT's work," Dalby replied.

"There was no additional information you felt would change the position you'd adopted?" Bannon asked.

"If we had received authorisation by way of a court order or some other form of authorisation that would have changed our position," Dalby stated.

"You wrote a [response] letter in a state of mind where you weren't concerned to find out any more information on the spreadsheet?" Bannon put to Dalby.

Bannon continued his attack: "Nowhere in your affidavit have you set out a sentence, paragraph, or a smidgen of a word that informs His Honour that it didn't matter what additional information AFACT supplied, iiNet was not going to act on it?"

"But that would have reflected your true position if you had set that out [in the affidavit] - correct?" Bannon posed.

"The correspondence speaks for its..." Dalby started.

"But that would have reflected your true position if you had set that out - correct?" Bannon repeated.

"And did you make a deliberate decision not to set that out? Or did you think it was superfluous to the need of His Honour?" Bannon asked.