Data61 taps Monash Uni's Dean of IT as new director 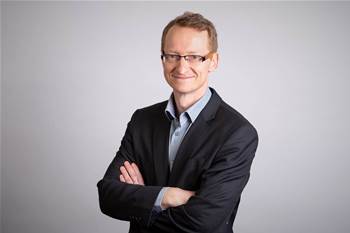 The CSIRO’s digital offshoot, Data61, has named Monash University’s Dean of IT Professor Jon Whittle as the organisation’s new director.

Whittle replaces founding CEO Adrian Turner, who stepped down from Data61 at the beginning of the year to lead the Minderoo Foundation’s Wildfire and Disaster Resilience Program.

Whittle has been with the university for the past three years, and for the last year has served as the interim co-director of the Monash Data Futures Institute which leads research in applied artificial intelligence in health sciences, sustainable development, policy and governance.

Previously a senior research centre at NASA’s Ames Research Center, Whittle is an expert in software engineering and human-computer interaction.

His work in software engineering has largely focused on model-driven development (MDD) and the industrialisation of MDD.

“Since we created Data61 as part of Strategy 2020, CSIRO has become home to Australia’s leading data science and innovation group, partnering with government, industry and academia to solve Australia’s largest data-driven challenges underpinned by deep science and technology,” he said.

“Jon is well placed to take CSIRO’s digital journey into its next phase, maximising the opportunities that digital and data science can deliver for the nation, and the world."

Whittle will begin at the agency in July.

Barry joined CSIRO in 2007 and was most recently Data61’s research director for its Analytics and Decision Sciences Research Program.