Data61 is building a transport analytics platform for the states 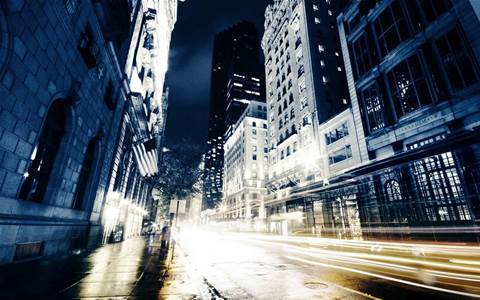 Partners with NSW to get tailor-made tool off the ground.

Data61 is hoping an analytics platform designed specifically to crunch transport data will open up a national market, as state and territory governments look to use analytics to map congestion pain points on commuter networks.

The research organisation has dedicated a team of 12 transport experts, data scientists and software engineers to expand an internal experiment and produce a scalable analytics platform for external use.

Earlier this month Transport for NSW announced it had awarded an undisclosed sum to Data61 to fund the development of the bespoke analytics tool, expected to take around three years.

The project lead, Data61’s Chen Cai, told iTnews the platform would deliver a “complete and holistic data reservoir” to the state's transport cluster.

“At the moment there is a lack of data integration in Transport,” he said.

“That is why it is hard to find an app that integrates all of those data streams to the extent we promise to. We want to see real-time data about roads fully integrated with that information on the public transport system."

The public cloud-based analytics engine will suck in raw, granular data from real-time public transport feeds, as well as other sources of information that aren’t currently exposed outside of the government.

These include feeds from inductive loop detectors installed under the road in most major Sydney intersections that measure and record traffic to the millisecond and map timing traffic light changes.

“This data is currently not very easily integrated with other sources. It requires very deep domain knowledge to do it properly,” Cai said.

It is the combination of these different sources of information that boasts the most potential, he believes.

“For example a bus service may be supposed to arrive at 15 minute intervals, but an effect known as bus bundling takes place and they can bunch together," Cai said.

“The platform will be able to query the kinds of factors that cause that to happen. Is it that the buses are being stopped at the same lights? Or is it about bus stop design and those services are waiting too long to pick up passengers?”

Data61 says there is no commercially available tool on the market that is tailored to processing transport data for the purpose of analysing and addressing traffic congestion.

If its work with NSW proves to be successful, Cai said Data61 would look at promoting the platform to transport agencies in other states and territories that are dealing with the same set of issues.

The build will also include a front-end interface and APIs for app developers to access real-time data produced by the transport agencies.

“We would like to see a whole ecosystem form around those datasets,” Cai said.