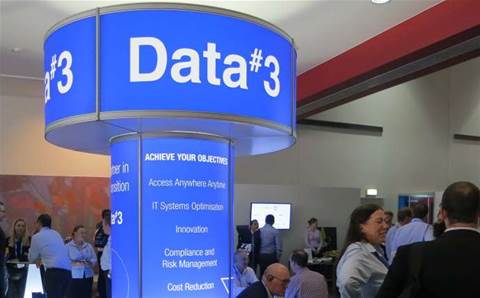 Data#3 is refusing to pay a former worker thousands of dollars in compensation despite the Australian Human Rights Commission having ruled that his sacking amounted to discrimination.

The reseller has been locked in a dispute with a former Microsoft pre-sales specialist it hired in late 2013. The employee was sacked him months later when it was discovered he had been convicted of selling the drug MDMA in New Zealand several years prior.

The unnamed IT specialist admitted he had served one year of home detention for his offences after a Data#3 partner alerted the firm to media reports about the issue. His employment was terminated the next day.

But the former employee - who blamed the incident on "very poor judgement" - took issue with his sacking and complained to the AHRC.

The human rights commission yesterday revealed the findings of its review, concluding that the termination was unfair.

Under the AHRC’s statute, it is only permissible to exclude or preference someone from employment based on their ability to meet “the inherent requirements of the job”. Its regulations declare that having a criminal record is a “grounds for discrimination”.

The commission’s president Gillian Triggs has recommended Data#3 pay its former worker $71,640 for economic loss incurred by the termination, plus $5000 for hurt, humiliation and distress.

“The exclusion was not based on the inherent requirements of the job,” Triggs wrote in her formal report to parliament.

“This had the effect of nullifying or impairing Mr AW’s equality of opportunity or treatment in employment or occupation.”

But the AHRC does not have the legislative teeth to enforce its decisions, and Data#3 has made it very clear it has no intention of parting with a cent.

It has written to the AHRC to “respectfully decline” to pay any compensation, defending its decision and its right to sack the worker within his probationary period.

The firm is arguing that the employee’s “recent and serious criminal conviction would prevent him, on a reasonable assessment, from performing the inherent requirements of his role”, despite the commission’s opposition.

The company also argued that its former worker “was duty bound to disclose his serious criminal conviction” during the interview process, even though the two parties dispute whether or not he was told he would need to undergo a security clearance.

Data#3 has however, agreed to tighten some of its workplace policies to make it clearer where the law stands on hiring and firing based on a criminal record.