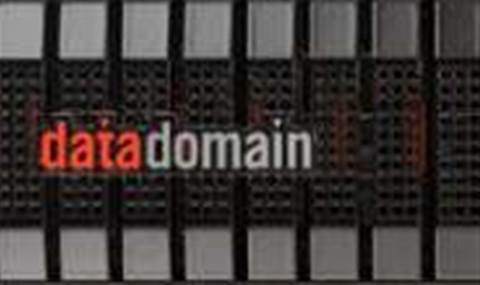 The Data Domain DD880 is the firm's first of its kind, although it has specialised in offering inline deduplication products for a while.

Inline deduplication systems differ from virtual tape libraries and other backup storage systems in that they deduplicate data at the source, rather than after the data has been written to disk.

Deduplication removes copies of the same documents in order to free up storage space and lower costs.

"It used to be that virtual tape libraries running at top speed could go faster without dedupe, storing straight to disk," said Brian Biles, president of product management at Data Domain.

However, Biles explained that this is the last defensible argument for considering a post-process dedupe system architecture.

"The DD880 doesn't just change the game," he said. "It pulls the rug out from under the post-process argument."

The system will support up to 71TB of associated, addressable, post-RAID, pre-deduplication disk storage.

EMC announced last week that it will acquire data deduplication firm Data Domain for around US$2.1bn. The transaction is expected to be completed by the end of July.

Got a news tip for our journalists? Share it with us anonymously here.
Copyright ©v3.co.uk
Tags:
data dd880 deduplication domain storage system