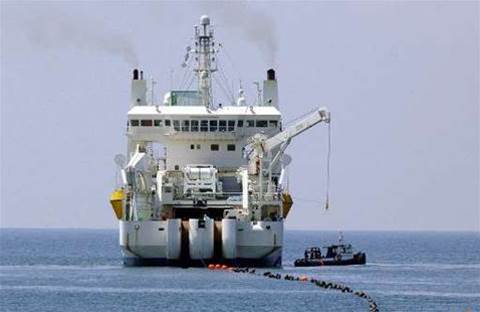 The damaged Sea-Me-We3 subsea cable between Singapore and Perth has been fixed, with customer Vocus reporting traffic was restored to normal levels over the weekend.

Repairs to the SMW3 cable were carried out by cable ship Asean Explorer, which arrived near the fault off Port Merak, Jakarta last Monday.

Vocus said the Asean Explorer had cleared the fault and tested the first splice on Sunday afternoon.

The final splice was completed and traffic normalised by 5pm Sunday AEST.

The latest breakage on the SMW3 cable forced Vocus' hand by bringing forward the go-live date for its own Australia Singapore Cable on the same route by a fortnight, in order to continue serving internet traffic on that route.

SMW3 has suffered an increasing number of breakages in recent months.

In future, it is likely that most users will move to either ASC or a second cable being built on the route by the heavily-backed Indigo consortium.