Dallas Buyers Club pirates could be told to 'name a price' 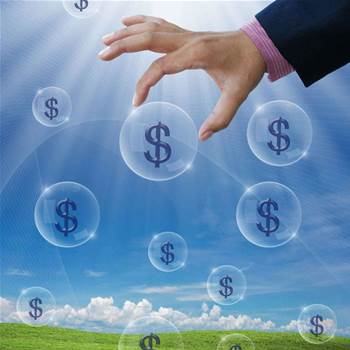 While much attention has been focused on how much the owners of Dallas Buyers Club might demand Australian pirates pay for sharing their film online, a new option has emerged: 'name your price'.

According to Channel News Asia, the first batch of demand letters sent by Dallas Buyers Club to 77 of 500 alleged pirates in Singapore did not demand a particular sum.

Instead, the letters asked "for a written offer of damages and costs within three days of receipt". Lawyers said they had already started receiving offers.

If brought to Australia, such an approach could help Dallas Buyers Club meet its legal obligations not to send aggressive letters of demand or "speculative invoices" to internet users - while maximising what the film's owners might be able to recoup.

Last week's Federal Court judgment requires the film's owners to seek judicial approval on the wording of correspondence sent to up to 4726 customers of ISPs including iiNet and Dodo.

The owners of Dallas Buyers Club can either sue individuals or try to negotiate a settlement with them.

While Justice Nye Perram effectively disallowed the film's owners from engaging in speculative invoicing - letters sent to users "demanding a large sum of money and offering to settle for a smaller sum which was still very much in excess of what might actually be recovered in any actual [law] suit" - the judgment provides only limited guidance on the level of financial demands that could be acceptable to the court.

"It may be true that for single instances of infringement the damages are likely to be modest and quite possibly limited to the foregone license fee that would have been paid had the film been lawfully downloaded," Justice Perram wrote in his judgment.

iiNet posited in the case that this value could be "less than $10" but others have put the cost at anywhere from $20 to a few hundred dollars.

"There is no hard and fast rule around what money liability an infringer would face," Gilbert + Tobin partner Michael Williams told iTnews.

"The issue of personal money liability of a downloader or uploader has not been determined yet by an Australian court. In that sense it is a grey area."

However, Williams believed that Justice Perram's judgment "debunked the suggestion that the liability of an individual infringer is limited to the fee not paid for the legitimate equivalent" - i.e. for the cost of a legal copy of the film.

"Such a suggestion has never been true under Australian copyright law," Williams said.

"There is no reason to suggest that an uploader would not be liable for the value of the distribution of the infringing copies, which could be substantially more than the individual costs of a single download by that infringer.

"Given the way that BitTorrent operates - downloading and then uploading - the liability of each of the users may always be more than the cost of the download."

"Justice Perram's giving [the film's owners] a heads-up that if they take it to court and they're successful they shouldn't expect much more than about $10 for compensation," Dalby told iTnews.

"Given that, a logical person would probably say 'there's no financial benefit to be gained, so if we are going to proceed and prosecute somebody then let's do it for other reasons like making an example out of them or using it for publicity or [as part of an anti-piracy] campaign'."

"I think there's an interesting question to ask about whether any other film companies are going to follow the strategy of the Dallas Buyers Club and use such measures to try to identify people who have potentially infringed copyright," Dr Rimmer said.

Dalby believed iiNet would be unlikely to appeal the court's ruling that it must hand over the names and addresses of customers.

"I think we probably got what we expected and genuinely did expect that they would be granted discovery," he said.

"Our legal team was always saying to us that the end result is they're probably going to get these names and addresses and we said 'well OK but we've still got to argue against it'."

iiNet's CEO David Buckingham issued a similarly worded statement that indicated "the result is pleasingly what we expected".

Protections on the wording of letters to be sent to iiNet customers, and a ruling that Dallas Buyers Club must pay the costs of iiNet matching customer records to IP addresses and timestamps provided by anti-piracy investigators, were seen as major victories for ISPs.

"It's an important judgment and there's some clarity that has come out of it which was worth the pain of going through the opposition to the application, so I think it's been a worthwhile exercise," Dalby said.

"The clarity being speculative invoicing is not to be tolerated, there's going to be limits on the use of the discovery material, and that they're going to have to pick up the tabs for the costs.

"That one item alone [on costs] is worth its weight in gold because we've argued this point repeatedly with rights holders over the years, that they're the beneficiaries of any of these changes and therefore should be prepared to fund them. [Until now] they've utterly rejected that point of view."