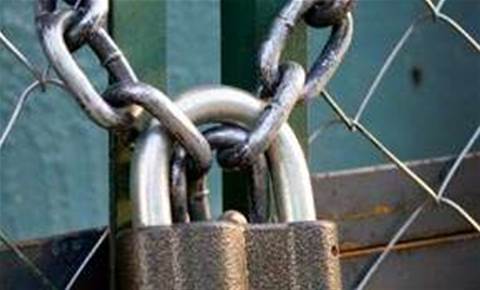 The Department of Agriculture, Fisheries and Forestry (DAFF) will appoint a preferred internet gateway tenderer in the next week, some two years after the whole-of-government project was announced.

The DAFF was one of eight lead agencies in the federal project, which aimed to consolidate 124 internet gateways by mid-2014 to improve operational efficiency, reliability and security of systems.

Of the eight lead agencies, three planned to acquire, establish and manage the gateways internally while the Department of Defence contracted Verizon Business to improve its capabilities.

Internet gateway supplier hopeful Macquarie Telecom told a government IT conference in Canberra last month that lengthy, inconsistent tender processes had delayed some parts of the program for up to ten months.

DAFF was initially expected to appoint a tenderer by the first quarter of this year.

In an exclusive interview with iTnews, DAFF chief information officer Graham Gathercole said its preferred tenderer would be announced by Wednesday October 3.

Gathercole conceded the road to the preferred tenderer had its shortcomings, noting that DAFF's decision had been delayed when its telecommunications procurement specialist left in July.

In response, DAFF brought in ICT consultancy IT-Newcom “to pick up the slack”, under a $1.65 million contract, inked on June 12, for specialist telecommunications procurement and project management services.

Gathercole noted that there had been some “argy bargy” during the sensitive negotiation period between the Government and suppliers, but claimed to have resolved many of the issues raised by the industry.

“There’s only one agency to determine governance issues. I’ll be doing that. I made the supplier very happy that it was no longer governance by committee anymore,” he said.

He said AGIMO and participating agencies were pleased with the outcome of the tender process. DAFF represented 12 agencies under the consolidated internet gateway model.

“[AGIMO] think it will be highly leveragable for the rest of the Commonwealth should other agencies decide to take it up," he said, declining to disclose contract details until next week's announcement.