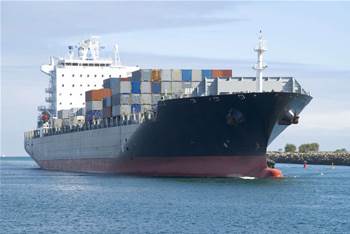 Midway through department-wide IT overhaul.

The Department of Agriculture, Fisheries and Forestry (DAFF) is in the process of modernising its international vessel monitoring system, shifting to an Oracle-based system as part of a wider IT overhaul.

DAFF’s vessel monitoring system (VMS) has been in place for around 20 years and receives all information from incoming international vessels relating to their entry into the country — currently submitted by ship masters in the form of PDF SmartForms, email and fax. It runs on .NET and Microsoft SQL.

Feedback from industry and internal staff indicated the VMS was no longer able to support the requirements of the shipping industry, as well as DAFF future business processes under development as part of a four-year IT strategy.

As a result, DAFF embarked on an upgrade of the system to a system based on Java and the Oracle software stack.

The new Maritime Arrivals Reporting System (MARS) is expected to go live next June. It will include a web portal for the submission of documentation and will service over 5000 users internally and externally, submitting an average of 100 pre-arrival documents daily. The department has around 4500 internal staff.

DAFF will need to migrate 20 years’ worth of data from the old VMS system into the MARS over the coming year.

It declined to provide a figure on how much data would be need to be migrated but said it would be “transformed into the appropriate format for [a] new Teradata enterprise data warehouse and loaded accordingly”.

There is no limit on the data storage capacity of the MARS, the department said.

Access to the MARS will only be accessible via registration, and a username and password provided by DAFF.

There will be two levels of access and security, which will be granted at DAFF’s discretion — an agent user type, which allows access to all information pertaining to an agent and associated vessel; and master user, which only offers access to the user’s information and vessel.

The department will also fix a "confusing and processing-heavy" invoicing and billing system as part of the project.

DAFF currently uses a number of bespoke systems for its billing and revenue that need to be updated.

Shipping masters are currently only made aware of final charges when they receive an invoice. Under the MARS, an invoice will be issued soon after the vessel leaves the port, and the status of the invoice as well as unbilled charges will be viewable through the associated web portal.

The department this week released a tender for a new commercial off-the-shelf system that will progressively replace the old system and later provide functionality to the department’s broader future business processing and management functions.

It has asked for real-time billing and revenue transaction processing ability, real-time processing and interfacing between other departmental billing systems, and potential ability to support DAFF’s business processing and enterprise management functions.

DAFF’s current IT architecture is based on “monolithic applications and siloed in its architecture views across individual business functions”, the department said in the tender document.

“There are a number of fragmented IT systems each possessing varying levels of conformance, cohesion, interoperability and business alignment. Applications are platformed on dated technologies e.g. Gupta SQL, Microsoft VB 4, ASP.NET and others,” it wrote.

“Each business function also maintains a different set of standard operating procedures (where they have been created) in terms of how these applications and databases are utilised in their day-to-day operations.”

The department has set out a future IT reform application architecture, under its ICT Strategic Plan for 2012-2016, which would support a need for an “enterprise-wide, semantically standardised set of biosecurity definitions and services”, and would cut down on the “number of monolithic systems that currently implement IT services for the various functional capabilities within the department.

”The department’s goal is to eliminate overlaps and provide a ‘single source of truth’."

It is also targeting a "lightweight and mobile centralised computing model" for future operations along with capabilities that will enable "boundary-less information flow".

Under the strategy, DAFF last year upgraded to Windows 7, transferred its primary data centre to Hume in the ACT, and started an Apple iPad and iPhone project and trial for mobile computing.