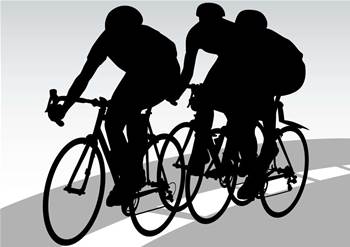 A French judge has issued an arrest warrant for a cyclist accused of hacking into computer systems at an anti-doping lab.

A report in The New York Times said that French authorities believe that Floyd Landis, a former Tour de France winner, used a Trojan program to install data-stealing malware on a system at the Châtenay-Malabry drug testing lab.

The accusations are in connection with Landis's 2006 Tour de France anti-doping case. The cyclist presented computer data as part of his defence which claimed that the handling of samples was flawed and that the laboratory erred in reporting that the cyclist had used performance enhancing drugs.

French authorities now believe that the data was gathered through the use of a malware program which was traced back to the system of one of the cyclist's coaches. They allege that the stolen information was then altered and presented in the defence.

A spokesperson for France's anti-doping agency told reporters that Landis' team used a "network of hackers" and made multiple attempts to infiltrate systems.

Landis has reportedly denied the accusations.

Got a news tip for our journalists? Share it with us anonymously here.
Copyright ©v3.co.uk
Tags:
accusedantidopingarrestcyclistfrenchhardwarenetworkingsecurityused