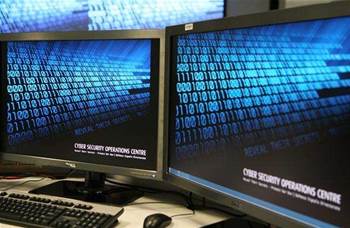 The Stuxnet attack on Iran's nuclear enrichment program has propelled warfare into a new era of private sector attacks, according to US defence consultant James Farwell.

One of several specialists addressing the second national cyber warfare conference in Canberra this week, Farwell argued that a dominantly tactical approach to cyber warfare at a state level was flawed.

"It’s an era where cyber weapons can achieve the same kinds of effects that traditional weapons such as bombs or missiles can achieve without necessarily achieving the collateral damage such as the loss of life or damage to property," he said.

According to Farwell, all cyber attacks since 2005 were mounted by a “non-state actor”, although they may have the implicit sponsorship or backing of a rogue state.

They fell outside the purview of the Charter of the United Nations, which theoretically regulated the actions between states, the use of force and how rogue states are held accountable.

“It’s a real issue when you look at the law of armed conflict, which the Chinese do not agree applies to cyber warfare”.

The Chinese Government had to date denied any complicity in, or responsibility for, the attacks.

However, the targets of cyber attacks had become an area of increasing concern, exacerbated by the governments seeking cyber capabilities from civilian contractors.

“Do you lose your status as a civilian and become a military target?” Farwell said.

Speed was a little-understood feature of the cyber warfare era, he said.

“When you use cyber you can wind up in an escalatory regime in which one side attacks someone with a cyber weapon, the other guy responds, and this happens at lightning speed," he said.

Farwell's counsel is “look before you leap".