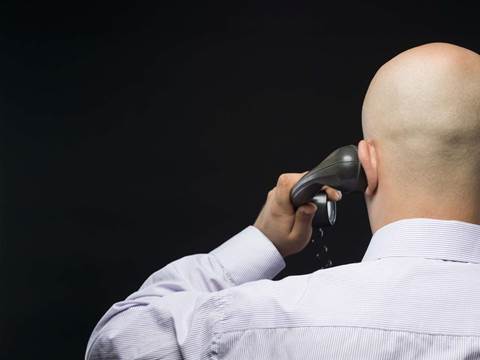 ACORN warns users it will never call them out of the blue.

The federal government’s flagship cybercrime intelligence program, ACORN, is warning members of the public to hang up on anyone claiming to work for the portal, after receiving reports that online scammers are posing as ACORN officers to dupe users out of cash.

The Australian Cybercrime Online Reporting Network (ACORN) was stood up in 2014 to give the public a way to easily report cybercrime online, and to provide law enforcement and security agencies a way of keeping tabs on cybercrime trends.

But it appears that some of the criminals it is targeting have decided to use ACORN’s own authority against it, posing as officers following up on reports lodged through the website in order to decieve their victims.

CEO of the Australian Criminal Intelligence Commission (which runs ACORN) Chris Dawson told iTnews the agency is aware of "several" reports of the attempted fraud.

"The targets of the scam appear to have been randomly selected via cold calling," he said.

Victims are then told there is a problem with their computer that can only be fixed by giving the caller remote access. They are asked to confirm financial details or undertake transactions online.

The victim will then be told the fake ACORN officers have recovered stolen funds and that they will have to go to the post office and pay a $99 handling fee to have it returned to them.

ACIC emphasised that no-one from ACORN would make contact via phone as part of an investigation.

“Neither the ACORN or the police will request that you provide them with remote access to your computer, that you make electronic funds transfers to a third party, or download software,” it warned.

“If anyone receives a call claiming to be from the ACORN, they are advised to hang up and call their local police station (not a number provided by the caller)”.

ACORN will send an automated email with an confirmation number immediately after a report is lodged via the portal. It said any subsequent phone calls or correspondence will always come from the police, as it has no investigative powers of its own.

Scammers have also been observed posing as members of the Australian Federal Police and Australia Post.

Online scams made up close to half of all the 39,000 reports lodged in ACORN's first calendar year of operation.