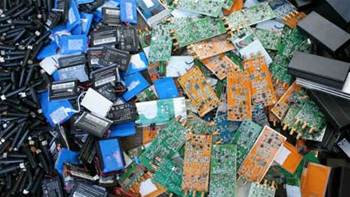 A joint effort to crack down on mobile and GPS jammers has resulted in the seizure of almost 100 of the devices over seven months, according to Australia's communications regulator.

The Australian Customs and Border Protection Service, mail carriers including Australia Post, and the Australian Communications and Media Authority (ACMA) have worked together on a campaign to restrict the importation of prohibited jammers into the country.

Nearly 100 items have been seized from international shipments since the start of the year. ACMA had previously singled out the devices as a priority area for compliance over 2012-13.

The operation, possession or supply of the illegal devices could result in jail time of up to two years, and penalties of up to $255,000 for companies.

Further, a five-year jail sentence and penalties of up to $850,000 could result if the device was found to have caused substantial interference to radiocommunications used by emergency services.

The technology has been granted an exemption to legislation for use in a trial in NSW prisons, specifically Lithgow jail.

The trial, to commence in July, forms part of an effort to clamp down on illegal mobile phone use in Australian prisons, after two mobiles were discovered in the cell of two convicted gang rapists in Goulburn prison in 2009.

The trial is expected to last 12 months. ACMA this year granted Corrective Services an exemption to Radiocommunications (Prohibition of PMTS Jamming Devices) Declaration 2011 for the trial, which is valid until June 30, 2014.