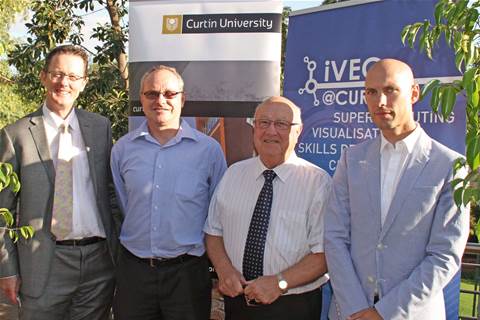 As part of iVEC engagement drive.

Goessman said the facility would provide fit-for-purpose ICT tools and services, as well as supporting the uptake of cloud computing.

iVEC is a state-supported joint venture between the CSIRO, Curtin University, Edith Cowan University, Murdoch University and University of Western Australia, and has been working on the $80 million Pawsey supercomputing project in recent years.

According to iVEC's spokeswoman, Curtin researchers used more than 15 percent of iVEC's supercomputing resources, accounting for half of resources allocated to partner universities.

The consortium intended to conduct a series of 10 visits to partner universities, to boost researchers' interest in supercomputing in the lead up to its launch of the Pawsey Centre this year.

Liz Tay contributed to this story.

Edited at 12.30pm on 14 March: This story initially indicated that Curtin researchers used more than half of iVEC's supercomputing resources. iTnews apologises for the error.