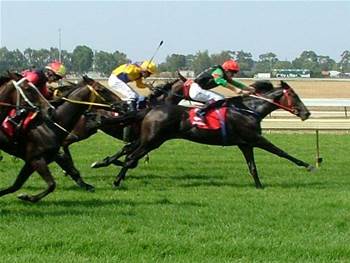 Telstra recorded a significant drop in data and email traffic running across its Next G mobile network yesterday during the screening of the Melbourne Cup.

Data usage fell 18 percent and email traffic by 33 percent from about 3pm AEDT until the end of the race, the carrier reported.

Further analysis of Next G usage patterns showed that voice calls and SMS sent over Next G network also dropped by about one-third in that period, though SMS skyrocketed after the race, jumping by 75 percent.

"We saw significant decreases in all forms of traffic over our networks as soon as 3pm came and the horses entered the starting gates," executive director of networks and access technology Mike Wright said.

A Telstra spokesman confirmed to iTnews that its traffic figures were pulled from Next G rather than its fixed networks.

However carriers are likely to have made up some ground in fixed communications, which underpinned online betting and wagering services.

Several of the largest operators beefed up bandwidth capacity to cope with the volume of bets that were expected to be placed, iTnews revealed yesterday.