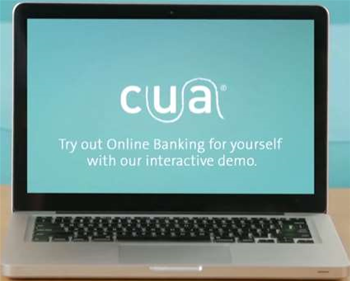 Credit Union Australia will shutter a handful of its banking services for at least two days at the end of this week as it prepares to switch on its new online banking system.

The system, in development since late 2011, has been delivered by Tata Consultancy Services (TCS) and its BaNCS online and mobile banking platform.

TCS is also delivering CUA’s new core banking system with BaNCS, which is expected to go live in the 2014 financial year. The bank has previously said the online component would be released before the core banking overall.

The online and mobile banking component of BaNCS is an integrated end-user solution which allows customers to access deposits, loans and payments among other services online and on mobile devices.

CUA has advised customers its web banker, online banking for mobile and telebanker services, as well as fund transfers between CUA accounts, will be unavailable from 9pm Friday 4 October to a tentative 9am on 7 October. It will also close its Saturday trading branches for the day. 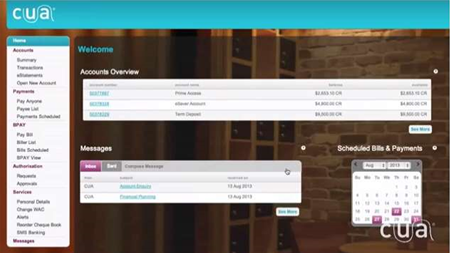 The release of the new system was initially forecast for midway through 2012. CUA declined to comment on the launch of both new systems until the "conversion and stabilisation .. has been completed".

The expected 2013 release of the new BaNCS core banking system will bring an end to more than two years of work shifting off a 19-year old Abacus banking system and IBM mainframe, a $60 million project involving the migration of over 400,000 customers.

CUA chief Chris Whitehead said at the company’s first-half financial year 2013 results in March it had concluded development and it was currently in “intensive testing” ahead of next year’s full-scale implementation.

Over the last year the bank also embarked on a Citrix-based virtualisation implementation as part of its multi-year transformation program, replacing 1000 staff desktops with Windows 7 thin clients, served from the new Tier III facility it moved into from its formerly Tier I internal primary data centre in June 2012.

It also introduced a BYOD program, initially piloting Good for Enterprise on a handful of iPads, to manage mobile devices on its corporate network.