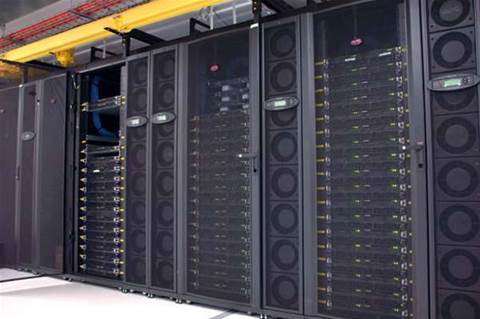 CSIRO has kicked off a $1 million project to upgrade its 2.5-year-old supercomputing cluster with a view to doubling its processing power this month.

CSIRO indicated that the cluster performed 75.3 TeraFLOPS in double precision, running the Linpack test used to benchmark supercomputers for the Top 500 list.

The research organisation this week unveiled plans to replace the “end-of-life” Xeon E5462 CPUs and install more GPUs to achieve 120 to 130 TeraFLOPS.

By the end of the month, the cluster will comprise 134 compute nodes, powered by 268 eight-core Xeon Sandy Bridge E5-2650 CPUs and 390 Tesla 2050 GPU cards, delivered by integrator Xenon.

CSIRO’s head of computation and simulation sciences John A Taylor said the upgrade would likely make the cluster one of the 100 most powerful machines on the Top 500 list in June.

A further GPU upgrade, planned for later this year, would deliver an additional two- to threefold performance boost, he said.

Taylor said the CSIRO had a capital expenditure budget for upgrading and maintaining the GPU cluster but the budget varied from year to year.

He did not disclose its operating budget, but noted that the cluster consumed 95 kW of power before being upgraded and was named the world’s 11th most energy-efficient supercomputer in the Green 500 list.

Taylor acknowledged that supercomputing came at a cost, but said it supported “tens of hundreds of millions of dollars of research”.

Unlike CPUs, which operate sequentially, GPU clusters perform operations in parallel, and are suited to data-intensive computing.

Taylor said researchers achieved results up to 200 times faster with the GPU cluster than with a standard desktop computer.

Luke Domanski of CSIRO’s advanced scientific computing division told iTnews last year that GPUs were the “next best step in multi-core computing”, and a vital learning opportunity for CSIRO scientists.

According to Taylor, the GPU cluster has so far supported CSIRO research into molecular dynamics, bioinformatics, CT reconstruction and the environment.

“Utilisation is good; we’ve had no trouble making good use of the GPUs,” Taylor said, adding that the CSIRO had shared its CT reconstruction code with the Australian Synchrotron, which received a GPU-based supercomputer last year.