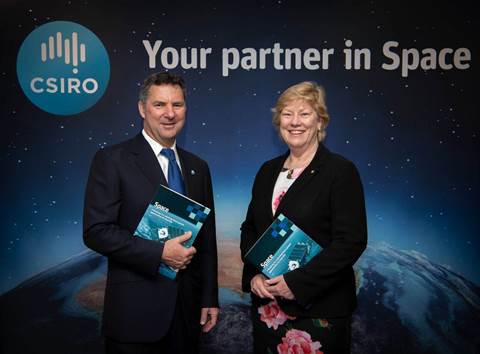 The Commonwealth Scientific and Industrial Research Organisation (CSIRO) has issued the fledgling Australian Space Agency a “lunar challenge”: establishing a colony on the Moon.

CSIRO wants to bring the Australian Space Agency (ASA) into the International Space Exploration Coordination Group (ISECG) to look at using the Moon a stepping stone for further forays into space.

In the CSIRO’s Space Roadmap [pdf], launched today at the Space Research Conference on the Gold Coast by Science and Technology minister Karen Andrews, proposes the Moon as an ideal launchpad and testing ground for remotely-controlled and autonomous technologies.

"Our existing space industry is built on a foundation of trust earned 50 years ago when we enabled the world to see mankind touch the Moon – that kind of inspiration is a key ingredient in supercharging growth in new industries, new jobs, new STEM talent and developing a dynamic nation where the sky is no longer the limit," said CSIRO chief executive Dr Larry Marshall.

The first step will be a Lunar Orbital Platform Gateway developed in the 2020’s from which shuttles to the Moon’s surface will be launched by the mid-2030’s.

But don’t get your hopes up for entering the lunar real-estate market just yet. Early exploration missions will be robot-only affairs.

Robots will help establish a base for humans with semi-autonomous 3D printers using lunar materials to build structures for future colonies inside tube-shaped caves running just beneath the Moon’s surface.

“Together, the Australian Space Agency, CSIRO and other key partners will drive the full potential of our nation’s capabilities and competitive advantages, optimising our R&D opportunities and targeting growth."

Andrews added this will help realise the government’s ambitions of creating 20,000 new jobs and growing Australia’s stake in space industries to $12 billion by 2030.

She said the moon mission will also provide a point for industry and the public to rally together in the same way they did with the Apollo missions of the 1960s and 70s.

“It is about creating aspirations and provoking dreams of going to the moon and exploring our universe,” she said at the launch.

“We want our young people to shoot for the stars. We want our Space Agency to inspire them to appreciate the importance of studying STEM and understanding the opportunities it can lead to.”