CSIRO staff to strike over changes to work conditions 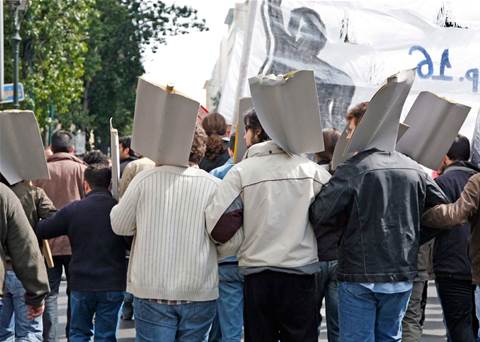 Union staff at the nation's peak science and research organisation CSIRO will stop work nationally for half-days spanning a week from next Thursday in response to drastic proposed changes to work conditions and rights.

CSIRO management has suggested a number of cuts to enterprise agreements for staff following a directive from the federal government to reduce red tape and make productivity savings.

The organisation has proposed cutting around 45 clauses - representing half of the enterprise agreement - out of the document and replacing them with internal policy.

The changes to the enterprise agreement would see redundancy entitlements cut by up to eight weeks, income maintenance provisions removed, total working hours increased, the annual shut-down shortened or removed, and one day of Christmas leave cut.

Other clauses on the chopping block span everything from learning and development to participating and consultation, first aid allowance, accommodation, assistance with studies and the working conditions of post-doctoral employees.

CSIRO members of the Community and Public Sector Union have been holding work bans since the end of April in response to the draft changes.

Staff have protested by refusing to use an effort logging tool that measures output, declining to take part in face to face meetings with management, or work outside their paid 7 hours and 21 minutes.

CPSU spokesperson Anthony Keenan said the upcoming strike action was about sending a message to both the CSIRO management and the wider community that after suffering drastic funding cuts and severe job losses, an "attack" on working conditions and rights was "unacceptable".

"There have been 1300 jobs lost in two years. The idea that productivity savings haven't already been made is pretty galling to staff," Keenan said.

"[They're saying] the clauses taken out of the enterprise agreement will go into [CSIRO management] policy. But policy can be changed at any time by management without having to seek agreement of staff or unions."

CSIRO union staff in Sydney, Newcastle, Darwin and Perth will stop work from 1pm next Thursday.

Others across Alice Springs, Hobart, Canberra, Brisbane, Melbourne, Townsville, Adelaide and Cairns will stop work for a half day across the following week.

The action forms part of a wider campaign across the public sector against the government's proposed changes to workplace conditions and rights.

Public sector union members have organised meetings across 19 cities later this month to protest changes to enterprise agreements. According to the CPSU, industrial action is currently underway in more than 17 agencies or departments.

The CSIRO is also currently working through the finer details of its proposed merger with fellow science and research body NICTA.

Both organisations have been working to map out a future after decisions by the federal government saw CSIRO's funding slashed by $115 million over four years and NICTA's funding stopped altogether from next June.

The pair plan to merge NICTA's digital productivity team into CSIRO under a new chief executive, which will run as a separate business for a year.

But according to the statement of intent for the new business, extra government funding will be required for it to become financially stable by its stated 2018-19 timeframe.

The business would also aim to attract extra industry and state funding while reducing its overheads to meet its goal.

NICTA recently flagged as many as 200 jobs could be lost in the merger.

An announcement on the move is expected in the coming weeks.