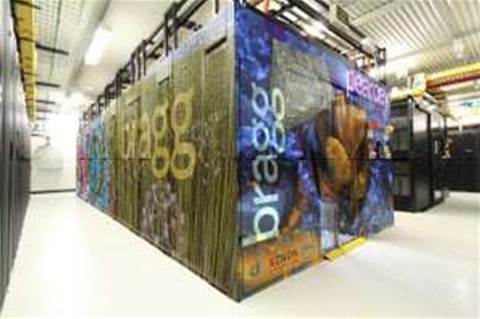 The CSIRO is on the hunt for a $4 million 1 petaflop supercomputer to replace its existing BRAGG high performance compute cluster.

The new system, which is scheduled to go live by May 30 next year, will be located at the CSIRO data centre in Canberra and operated by the agency’s accelerated computing service.

It will be used by researchers across a range of fields including computational biophysics, materials science, molecular modelling, marine science, geochemical modelling, computational fluid dynamics, and deep learning.

Each node is to have at least two Pascal GPUs, 128 GB of ECC DDR memory, along with a minimum of 500GB of local disk for its local OS and redundant hot-swappable power supplies.

The nodes will be connected using an existing FDR10 InfiniBand interconnect, and the CSIRO intends to reuse existing NetShelter SX 48U racks for the new system. The number of nodes the new system will contain was not specified in tender documents.

The system will replace the CSIRO’s existing BRAGG system, which was named after Australia’s first Nobel prize-winners, Lawrence and Henry Bragg.

BRAGG was ranked number 156 on the Top500 list of supercomputers when it originally went live in 2012. It was ranked number 410 on the June 2016 list following an upgrade that gave it a peak capacity of 472.5 gigaflops.

The tender process for the new machine is currently open and will close on Monday December 19 2016.

The CSIRO also went out to tender for a new $1.5 million HPC cluster for the Pawsey Centre in Perth in September.