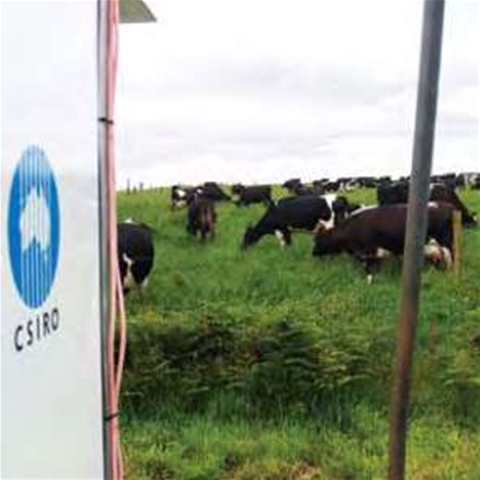 The project, funded out of the Science and Industry Endowment Fund and a year in planning, could provide a ten-fold increase in the speed of point-to-point microwave transmission systems within two years, according to project manager, Dr Jay Guo.

Microwave transmission is used to link mobile towers back to a carrier’s network where it is physically difficult or economically unviable to run fibre to the tower.

Where current technology has an upper limit of a gigabit per second to multiple towers over backhaul, the government organisation said it could provide the 10 Gbps symmetric speeds over ranges of up to 50 kilometres.

It uses software-defined radio techniques to combine radio spectrum, along with cognitive radio and “sophisticated baseband coding” to provide the significant boost in speeds.

“For any existing microwave link you can change the electronics - keep the tower, keep the dish - but you can put a lot more bits down,” CSIRO ICT Centre director, Ian Oppermann, told iTnews.

Australian carriers have doubled efforts to fibre up mobile towers wherever possible, with Vodafone Hutchison Australia looking to take advantage of the National Broadband Network rollout to boost the backhaul capacity of its mobile network.

However Dr Guo said demand would remain for microwave links in rural and remote areas, particularly due to the imminent influx of fourth generation mobile technologies.

“The technology would be more expensive [than current products] as some wideband components are needed, but [it is] much cheaper than stacking a number of radios together which seems to become a common industry practice,” he said.

He said the technology would ultimately be able to reach faster speeds, depending on the carrier’s spectrum holdings for microwave links.

Oppermann confirmed commercial talks with manufacturers but declined to name them. He said no talks were being conducted in Australia as there are no large-scale local manufacturers.

The microwave backhaul project comes as second phase of CSIRO’s ‘Ngara’ project, which previously aimed to use radio spectrum freed up from the switch to digital television to provide residential fixed wireless broadband connections.

Competing against the Long Term Evolution technology currently being rolled out by many mobile and broadband carriers, it had been tested at speeds of up to 50 Mbps symmetric to 16 receivers in Tasmanian trials.

It could theoretically achieve symmetric 100 Mbps speeds depending on the amount of spectrum used in one instance.

However, CSIRO failed to commercialise the technology in time for key decisions around the fixed wireless component of the National Broadband Network.

Despite commercial discussions with NBN Co last year, the network wholesaler opted ultimately for TD-LTE technology for the wireless component of the NBN, which Oppermann acknowledged was a “much lower risk approach”.

Oppermann said CSIRO still planned to commercialise its wireless technology for end-user access but would look to install the equipment in small purpose-built networks such as mines rather than wide-scale national rollouts.

“Ultimately to get this stuff deployed we’ve got to change both ends of the line - the house terminals and the things sitting in the tower,” he said.

“We’ve had to take a slightly long-term approach on it because it’s a challenge to change both ends of that link.”

While the microwave backhaul industry provided a “much easier space” to sell CSIRO’s proprietary technology, Oppermann said the organisation had so far been unable to prove the Ngara technology for consumers on a sufficient scale.