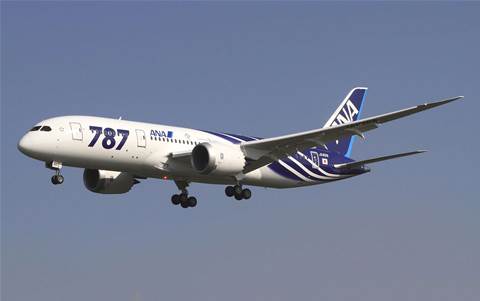 Airline told to reboot every 248 days.

A software vulnerability discovered in Boeing's 787 Dreamliner jet could potentially cause pilots to lose control of the aircraft mid-air, the US aviation authority has warned.

The FAA published details of the vulnerability - which Boeing itself reported to the authority - over the weekend.

The bug resembles an integer overflow and was discovered in laboratory testing. It is located in an electrical system which generates power, and is triggered when a generator has been running non-stop for just over eight months.

After such a period of continuous operation, all four of the plane's main generator control units will fail at the same time - which could be catastrophic should it occur during a flight, the authority said.

"The software counter internal to the generator control units (GCUs) will overflow after 248 days of continuous power, causing that GCU to go into failsafe mode," the aviation authority said.

"If the four main GCUs (associated with the engine mounted generators) were powered up at the same time, after 248 days of continuous power, all four GCUs will go into failsafe mode at the same time, resulting in a loss of all AC electrical power regardless of flight phase."

A temporary solution to the problem is to reboot the planes before the generators reach eight continuous months of operation.

The FAA has therefore issued a new airworthiness directive [pdf] requiring Boeing to reboot its 787s every 120 days, at least until a fix can be implemented.

It said Boeing was currently developing an upgrade to address the bug, which should be ready by the fourth quarter of this year.