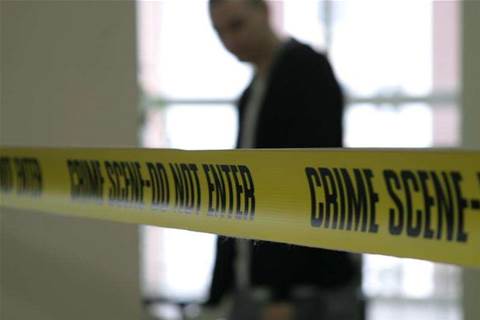 The Australian Crime Commission has taken the first steps in a large-scale project to replace its ageing ACID national criminal intelligence database with a new system that it hopes will significantly improve intelligence sharing between Australia’s law enforcement agencies.

The Crime Commission this year completed a scoping study into the 30 year-old ACID database, which is used by 24 law enforcement agencies country-wide as an information repository and analysis tool.

The system is accessed by 29 international and national agencies through the physical “ALEIN” network.

The network also provides access to the similarly-named ALEIN collaboration tool, which acts as a secure messaging channel for information sharing: the ALEIN tool is interconnected with ACID, and is thus also up for replacement.

ƒIn recent years, the functionality of the bespoke ACID system has been limited due to its failure to keep up with the changing and technological needs of law enforcement, forcing the ACC to undertake an assessment of its future.

That study has now been completed: ACID and the ALEIN tool will be replaced by the new National Criminal Intelligence System (NCIS).

The ACC hopes the NCIS will allow for real-time collaboration and sharing of intelligence among agencies and will support a more “technologically advanced and efficient response to serious and organised crime in Australia”.

She’s planning for her team to use the agile method of software development for NCIS, which the agency used in creating its Fusion capability.

While keen to avoid developing more bespoke software, Milosavljevic is just as keen to avoid getting locked into a restrictive, long-term vendor contract with a software partner.

“We won’t define what it looks like for five years’ time and then go away in a corner and come back out and the technology has changed. This will be very agile,” she said.

“We’re also going to be doing a lot of collaboration with academia and industry. Rather than just paying for software, we’re going to work with them to improve the software and develop the capabilities we need.”

Whilst still in the very early stages of planning, the NCIS will be based on an agreed national interoperable framework with “common principles and standards”.

The Crime Commission expects that the introduction of the NCIS will automate the most labour-intensive tasks performed by the agency’s analysts, and free up resources to concentrate on “higher level tasks” that will provide more predictive and insightful analysis.

The task will not be a small one. The ACC is responsible for managing around 3.5 million documents contained within ACID and ALEIN, and the amount of records uploaded to ACID annually is increasing - to just under 304,000 in the last year.

Similarly, the Crime Commission will need to secure federal funding for the project - its departmental capital budget is not currently sufficient to cover the cost of replacing the systems.

The agency is preparing a business case, but Milosavljevic said it will not be applying for a big pot of money.

“We’re going to do a gradual implementation, not a big approach, so we’ll apply for smaller pockets of money," she said.

Reaping the benefits of Fusion

The ACID overhaul represents just one facet in the agency's ongoing determination to create a comprehensive picture of national criminal intelligence through better use of data - something that has been greatly progressed through its just-completed Fusion project.

Fusion started life in 2010 as an effort to bring together specialist people, tools and data from 20 national government agencies to create insightful intelligence about serious and organised crime.

It has since evolved from simply a standalone capability into a way of doing business, and is open to staff across the ACC.

The name “Fusion” refers to the way the Crime Commission fuses, mines and analyses data from multiple sources. The agency doesn’t produce its own data, it collects and manages others’ to identify new intelligence and investigation opportunities and discover previously unidentified intelligence.

The Fusion network is powered by Palantir software, as an overlay that connects a number of disparate systems and databases to allow access to around 1200 datasets collected by the agency.

It replaced a previous data warehouse which, due to efforts to structure the datasets contained within, made it difficult to reuse the data in a timely fashion or ensure it was not changed during attempts to structure it.

This year marks the end of the $14.5 million funding the federal government allocated to the project.

Given the success of the effort - which the agency says has resulted in a 97 percent efficiency gain - the ACC will continue to maintain the capability and expand it more broadly.

The agency will now focus its attention on improving its connectivity with similar capabilities at other Australian law enforcement agencies.

One example of this connectivity drive is the relocation of a Fusion analyst into Customs’ National Border Targeting Centre (NBTC), which the ACC says provides “opportunities to access even broader data and capabilities from a range of agencies that are also partners of the NBTC”.

The next step will be to improve its connectivity with systems at the AFP (the national forensics rapid laboratory and the AFP’s fraud and anti-corruption centre) and CrimTrac (the national police reference system), as well as international agencies such as Interpol and Europol.