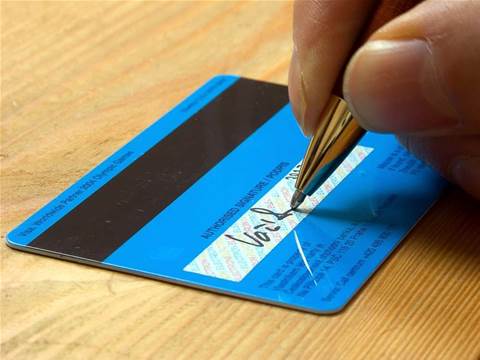 Australian cardholders will have six months to switch from a signature to a PIN as banks and credit card companies change the way card payments are authorised.

PINs will replace signatures for card-based payments from August 1 this year in a move that will affect over 7 million local cardholders.

The software of over 800,000 payment terminals will be updated to only accept PINs over the next six months.

The change will not affect contactless payments or overseas-issued cards.

The removal of signatures is expected to boost security and help reduce payment fraud, the Industry Security Alliance — a collective of ten Australian financial institutions including ANZ, Westpac, CommBank and NAB, as well as Visa, MasterCard, American Express, and Diners Club International — said in a statement.

Credit card companies have been inching towards abolishing signature-based authentication for some time.

Last October the Australian Competition and Consumer Commission gave its approval for card companies to come to an agreement on the issue, saying it wouldn’t stand in the way of a co-ordinated phase out of signatures.

"A co-ordinated approach and a single message from industry is likely to lead to some efficiencies and less confusion for customers and merchants," ACCC Commissioner Dr Jill Walker said at the time.

"This co-ordination is unlikely to significantly reduce competition, as the card schemes will continue to compete on fees and all other aspects of their product and service offerings to financial institutions, merchants and cardholders."

Visa and MasterCard had initially wanted to see signatures at point-of-sale abandoned by June this year.

According to the Reserve Bank of Australia, local cardholders made five billion card payments during the last financial year, with a total value of $434 billion.