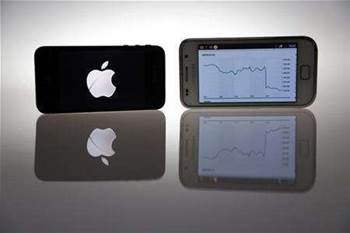 An Apple IPhone 4s and Samsung Galaxy S are seen in this illustration photo in Berlin August 27, 2012. Credit: Reuters/Pawel Kopczynski/Files

A US federal judge has set new trial dates in November to decide whether US$450.5 million (A$434.2 million) of damages awarded by a jury to Apple in a patent dispute with Samsung should stand, according to a court filing.

In March, Apple had a major setback in its ongoing mobile patents battle with Samsung when Judge Lucy Koh slashed a US$1.05 billion jury award by more than 40 percent and set a new trial to determine damages.

Koh ordered on Monday that the new trial on damages should take place between November 12 and 18.

The court will not permit Apple and Samsung to expand the scope of the damages trial by relying upon new sales data, new products and new methodologies or theories, the order said.

Koh had previously said the jury had incorrectly calculated part of the damages and that a new trial was needed to determine the actual, final dollar amount.

That could end up less than or more than the original US$450.5 million set by the jury.

Koh, rejecting Apple's motion for an increase in the jury's damages award, ordered a new trial on damages for 14 devices, which include Samsung's Galaxy SII.

The jury's award to Apple for 14 other products, totalling almost US$599 million, was maintained.

The court also reinstated the jury award of US$40.5 million relating to one Samsung phone, the Galaxy SII AT&T, which will not be included in the new trial on damages.