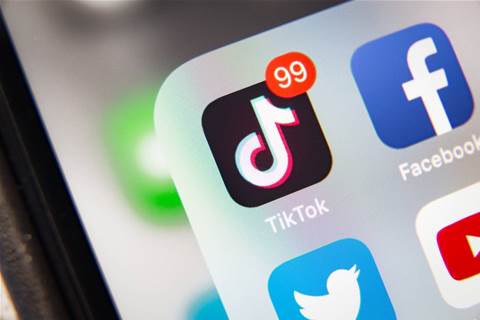 A US appeals court on Wednesday agreed to fast-track a Justice Department appeal of a ruling blocking the government from banning new TikTok downloads from US app stores.

U.S. District Judge Carl Nichols in Washington issued a preliminary injunction on September 27 that barred the US Commerce Department from ordering Apple and Google app stores to remove the Chinese-owned short video-sharing app for download by new users.

A US appeals court in Washington said all briefs are due by November 12 with oral arguments to follow. The government's opening brief is due on Friday.

China's ByteDance, which owns TikTok, has been under pressure to sell the popular app.

The White House contends that TikTok poses national security concerns as personal data collected on 100 million Americans who use the app could be obtained by China's government.

Any deal will also still need to be reviewed by the US government's Committee on Foreign Investment in the United States (CFIUS), but people briefed on the matter do not expect any final agreement before the election.

Negotiations are underway for Walmart and Oracle to take stakes in a new company, TikTok Global, that would oversee US operations.

Key terms of the deal - including who will have majority ownership - are in dispute. ByteDance has also said any deal will need to be approved by China.

Nichols plans to hold a November 4 hearing on whether to allow the US government to bar transactions with TikTok that it has warned would effectively ban the app’s use in the United States. Those restrictions are set to take effect on November 12.

A federal judge in San Francisco blocked similar restrictions from taking effect that would bar the use of Tencent Holding's WeChat.

A hearing is set for Thursday on the government's request to immediately implement the ban on the Chinese messaging app.