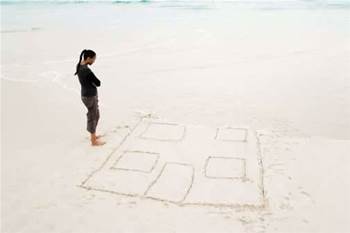 The Australian Local Government Association has asked for $200 million from the next Federal budget to fund electronic development assessment (eDA) system rollouts at regional and rural councils.

The funding request was made in the association's 2011-12 budget submission [pdf] to Treasurer Wayne Swan.

It sought the funding continuation over a four-year period to roll out software and help councils re-engineer back-end systems and processes.

ALGA president Cr Genia McCaffery told iTnews that while many metropolitan councils had moved to electronic DAs, rural and regional councils were much less well-resourced to go down that track.

"We want to be able to give them the same ability to handle the submission and tracking of DAs electronically," McCaffery said.

"Once you introduce something like that it's a ripple-down effect, because you have to re-engineer everything you do in the council.

"For well-resourced urban councils, that's still a lot of money. For regional councils, it's money they don't have, but it's technology that should be available to all communities.

"There has been significant funding from the Commonwealth already. We just want this to continue because not all councils have access to [electronic lodgement and tracking of DAs]".

"Our own experience in North Sydney is that it makes things a lot easier for planners who would be tied up with taking phone calls from people who want to know what stage is their DA up to or when they can lodge an objection," she said.

"These are simple questions they can find out from an electronic system. But to get those savings you have to invest the money [first]."

ALGA said in its funding request that it wanted all residents to be able to conduct e-business transactions with local government in part to capitalise on the Federal Government's investment in the national broadband network.

A national push towards eDA systems was being spearheaded by the Development Assessment Fund.