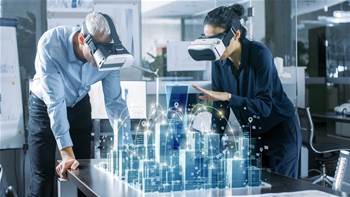 The expansion was enabled by a $300,000 grant from the Department of Prime Minister and Cabinet.

Initially, the council’s smart city team developed 'WynLens' as a tool for developers and residents to visualise the $250 million redevelopment of the Werribee city centre.

The project used Microsoft’s HoloLens to illustrate planning proposals and highlight the impact of increased building heights on the community.

Now the project is on track to expand to different cities and incorporate visualisations of live data for pedestrian and vehicle traffic, air quality and water usage.

Wyndham City’s smart city manager Dr Adam Mowlam told iTnews that universities are keeping an eye on the project, in part to understand what kinds of visualisations people want to see.

Currently, the team is working with Geelong and Casey in southern Victoria, as well as the City of Adelaide, to explore the expansion of the project.

Mowlam said these areas “provide a point of difference both geographically and [in] level of urbanisation”.

“This will allow us to better test how the system handles varying model complexity and geospatial accuracy in different regions.”

He said there has also been interest from local governments in the UK.

To reflect the expansion outside of Wyndham City, the project is being rebranded as CityLens.

While the project has so far used Microsoft's HoloLens, Mowlam said there is scope for other AR/VR devices such as the HTC Vive or Meta2 to be used in the future.

Mowlam said the project is now moving quickly into the next stages of its development, with much of the backend work to aid the expanded usage complete.

Next steps will focus on displaying high rise developments and testing live IoT data on the platform, he said.