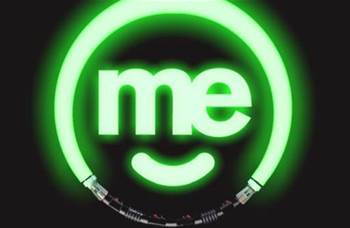 A long-running core system replacement at Industry Super owned ME Bank has chalked-up another $15 million in costs, with the branchless union-backed institution also junking a $14.4 million credit card platform rollout because of buy-now, pay later services.

The big ticket write offs for the small but nimble bank comes as it attempts to reposition the member-oriented business to compete against greenfields neobanks like Xinja that are targeting millennials with slick functionality and  APIs at the expense of majors.

To put the size of the $29.4 million tech and platform expenses into context, ME Bank booked in a statutory profit after tax of $67 million.

ME Bank started its core overhaul back in 2015 with a decision to switch from a locally built Ultracs platform to T24 from Temenos.

That move was part of a $90 million legacy tech overhaul that also brought on board Pega, and revamped online banking functions with Cap Gemini brought on as an outsourcer in 2017 in a five year deal.

ME bank’s last annual reports sheet back Ultracs decommissioning costs of $3.4 million over 2017 and 2018.

Larger banks are watching ME Banks progress on the digital and core front because its strong links with industry super funds, and unions, give it easy potential access to a massive superannuation customer base the majors have coveted for decades.

The most obvious model is to provide lower cost services to consumers that potentially undercut the big banks and neos because profit is recycled back into member benefits.

But while the potential might be huge, technological progress and scale are still arguably skinny.

While features like chat, apps, FaceID integration and a facility to update Tax File data and a transition to the cloud have all rolled, ME Bank has around 517, 868 customers making it a relative minnow that now has to compete against the likes of Afterpay.

But it is growing customers, bulking up a healthy 9 percent over 2018.

Aside from the IT charge of $15 million, the comparatively large write off and abandonment of a new credit card platform to the tune of $14.4 demonstrates the profound impact of buy-now, pay-later products on traditional unsecured products like cards.

It also shows that pressure on interchange rates from the RBA is making small competitors to the big banks reweight the instruments and technologies they use to deliver services and money.

The big question for major banks now is whether industry super funds will spin-up their own neo in parallel to ME Bank or stick with trying to grow the established brownfields brand that has been going since 1994.