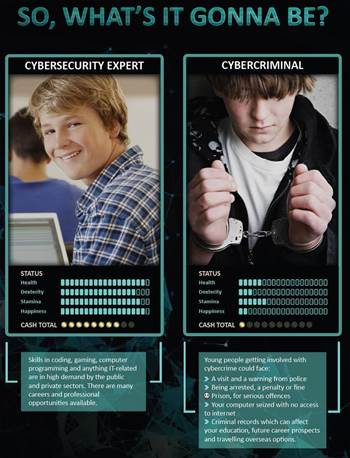 Police forces in Europe, the United States, and Australia have arrested 34 people and cautioned 101 in a large campaign targeting users of denial of service attack tools.

Operation Tarpit took place between December 5 and 9, with the suspects being "mainly young adults under the age of 20," according to Europol.

They are suspected of paying for so-called stresser and booter services, which are used to launch distributed denial of service attacks against websites and servers to make them inaccessible to users.

British police arrested 12 customers of a stresser site which charged between £4 to £380 (A$6.77 to A$643) for Netspoof DDoS attack subscription packages.

The British National Crime Agency said some customers paid as much as £8000 (A$13,564) to launch hundreds of denial of service attacks, against victums such as gaming sites, government departments, internet hosting companies, schools, and colleges.

The stresser site was run by 20-year-old Grant Manser of Kidderminster, Worcestershire, who in April this year was sentenced to two years youth detention, 100 hours of unpaid work, and ordered to pay £800 after pleading guilty under the UK's Computer Misuse and Serious Crime acts.

Manser started the site when he was 16. Over time it amassed 12,800 registered users, with around 4000 buying DDoS subscription packages worth £50,000 in total. Prosecutors said the business was doing so well that Manser was looking for staff to assist him in managing it.

He was arrested in 2014 in his family home, with police seizing computer equipment that contained three other DDoS programs.

Police have been tracking down booter service subscribers through their PayPal accounts, which were used to pay for attacks.

The anti-DDoS campaign was conducted by police forces worldwide under the European Multidisciplinary Platform against Criminal Threats (EMPACT), and runs alongside a worldwide awareness campaign seeking to dissuade young people from illict digital activities.

The AFP has been contacted for detail on its own activities under Operation Tarpit.