Consumers turned off by iPhone price 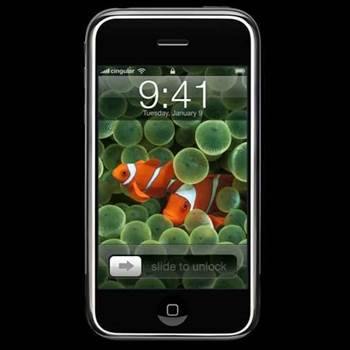 Just one percent likely to pay US$500 for Apple phone.

New research has suggested that the iPhone may be bad news for Apple but good news for its network partner Cingular.

A survey by research firm Compete Inc found that only one percent of US consumers would be happy to pay US$500 for an iPhone, mirroring concerns from some analysts.

Apple chief executive Steve Jobs said at the iPhone launch that the "low end" version of the mobile device would be sold at US$500.

Barely a quarter of those surveyed said they were interested in buying an iPhone. Of those who would, the ideal price point was between US$200 and US$299.

But the poll did reveal good news for Cingular, which has exclusive rights to distribute the phone in North America.

Nearly 60 per cent of those who indicated that they would consider buying an iPhone would change network provider to do so.

Apple is still looking for a European supplier for the iPhone and has given no firm date for its release in the European market.

The survey suggests that it would be in Apple's interest to follow the strategy of launching at a high price and scooping the early adopter and Apple enthusiast market before discounting rapidly.

This is a common strategy for consumer technology companies, although it runs the risk of alienating core supporters.

Got a news tip for our journalists? Share it with us anonymously here.
Copyright ©v3.co.uk
Tags:
byconsumersiphoneoffpricetelco/ispturned