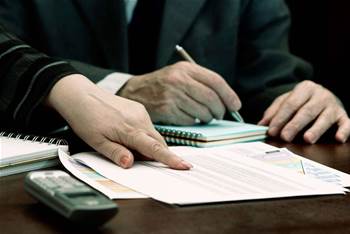 The federal government is proposing to levy a new charge on the telco industry to pay for its $9.8 billion fixed wireless and satellite NBN rollout, admitting the end result will be higher prices for broadband consumers.

The Communications department today flagged its proposed "regional broadband scheme", which would involve a monthly charge to telcos like TPG with superfast broadband networks, based on the number of users they service.

Carriers will be required to pay the charge for each broadband service they have provided during at least part of a month on local access lines that are capable of providing normal download speeds of 25 Mbps.

According to the Communications department's research unit, there could be 380,000 superfast broadband services provided by carriers other than NBN Co by 2022.

The government expects the charge will deliver between $40 million and $60 million to NBN Co each year.

However, it admitted its scheme would result in end users paying higher prices.

"[NBN Co] and NBN-comparable providers would pass the charge on to their end user base," the Communications department said.

"NBN end users would pay less in the long term and the net proceeds from the charge may enable [NBN Co] to reduce its prices faster."

It means that a carrier with 10,000 superfast broadband services from July to December in a given year, and 20,000 services for January to June, will pay a total of almost $1.3 million towards the NBN's fixed wireless and satellite costs in that year.

Exemptions can be granted for telcos with superfast broadband networks if they have less than 2000 services using their network within a month, or if they are transitioning their networks to the NBN, as with Telstra and Optus.

Next August, broadband operators will be required to report to the ACCC the number of services they provided over their local access lines in the month prior so the watchdog can work out whether the base component of the new industry tax needs to be adjusted.

Additionally, from financial year 2018-19 broadband operators will be required to report to the ACCC the number of services they provided over the past year before October 31 annually.

Failure to report to the ACCC will result in a $9000 fine, and moves to avoid the charges - either solely or in conjunction with other telcos - would incur a penalty of $1.8 million. The ACCC could also remove a carrier's licence if they don't pay their charge.

The ACCC has been tasked with assessing each applicable carrier's number of services, their annual charge contribution, and administrative cost of compliance. It will also publish on its website the total amount of charges contributed by the industry each year.

The government said the Communications Minister can alter the charges after the first five years of the scheme's operation, based on advice from the ACCC and review by parliament.

It claimed the industry levy was necessary to address the "unsustainable" current model of satellite and fixed wireless funding, which involves a cross-subsidy from NBN Co's more commercial fixed-line services.

"The arrangements in place at the moment are not transparent, not effective and unsustainable. The full cost of the fixed wireless and satellite services are recovered through an opaque internal cross subsidy from [NBN Co's] fixed line customers," the Communications department said.

"[NBN Co] is now at a competitive disadvantage to comparable providers that do not face similar costs of providing non-commercial broadband services. [NBN Co] will be less able to support its internal cross subsidy as competition intensifies."

While NBN Co will similarly be required to pay into the regional broadband scheme fund, it will have its charge liabilities offset against its funding entitlement. It will still need to contribute to the administrative costs of the scheme.