Consumers 'shortchanged' when asking for their own data 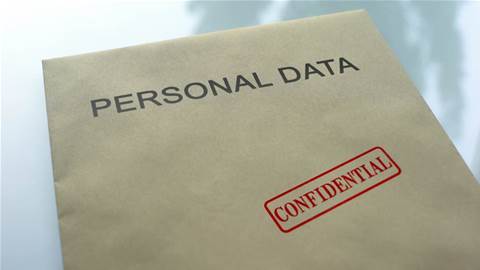 Australian consumers wanting access to their personal data from telcos, social media, fitness trackers and the like were often not given all the data collected about them, university researchers have found.

In a report [pdf] sponsored by the Australian Communications Consumer Action Network (ACCAN), the researchers from UTS and Western Sydney University found there was no clear or consistent approach to the disclosure of personal data.

UTS researcher Dr James Meese said that while all companies examined were compliant with data access procedures required by the Privacy Act - and provided all data they were legally required to, “we found that many companies failed to provide all the user data they were collecting.”

Additionally, the researchers found “access processes were convoluted and diverse and there was no clear standard across each product [i.e. wearables] and/or services category [i.e. telecommunications providers]”.

Communications companies in particular, did not always provide data in a portable format, which at times hindered consumers’ ability to transfer to other service providers.

Interpreting the data could be difficult, suggesting there is scope for companies to improve the way they present data in order to aid consumer understanding.

The report’s authors “cautiously” welcomed the proposed consumer data right (CDR) legislation currently before parliament as a means of simplifying and standardising data access and transfer.

“The CDR should form part of a broader suite of comprehensive data rights for consumers,” Meese said.

“The European Union has introduced a foundational reform that provides citizens with a range of rights, including a right to be forgotten and a right to access data,” they said.

They also note that a range of government bodies are already conducting reviews of privacy-related issues.

The Australian Competition and Consumer Commission's long-awaited report on digital platforms, for instance, only dropped at the end of last week.

The authors suggest that the federal government hold off on implementing CDR until all other reports are completed so CDR can form part of a broader, more cohesive suite of data rights.

In the meantime, a Facebook data visualiser has been developed in conjunction with the report to help consumers make sense of the data they do manage to get from that particular site.

The browser-based tool claims to process all data locally without transmitting any data back to its developers.