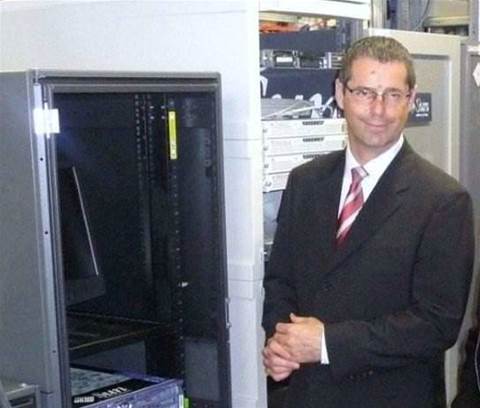 Communications minister Stephen Conroy will visit Google's US headquarters in coming weeks in an attempt to push discussion around Australia as a potential cloud hub.

Citing $2 billion of data centre investment planned for Australia during 2012, Senator Conroy said the Government would promote the country to cloud providers globally.

His discussions, he said, would include a visit to Google's US offices.

"Certainly I'll be raising with them the desire for us to host various things and we'll certainly be promoting Australia's regulatory environment," he said.

"I think we've got a compelling argument with the NBN."

Amazon could be closest to an Australian facility, with recent acceleration of Equinix's expansion plans indicating a move by the online giant.

Senator Conroy highlighted a 2011 survey that ranked Australia fifth out of 14 Asia Pacific countries based on readiness for cloud hosting.

Australia was highly ranked in several areas but broadband connectivity remained a key weakness for the country's cloud hub prospects.

Conroy said the ongoing rollout of the NBN would improve Australia's attractiveness.

Senator Conroy this week spoke of a need for cloud computing facilities in Australia, launching a KPMG-authored report that suggested the country would receive a $3.32 billion annual boost to gross domestic product in ten years' time should companies transition three-quarters of an estimated $28.5 billion annual IT spend to cloud services.

The report's findings were based on a survey of 29 large companies including Ricoh and Surf Lifesaving Australia, as well as statistics sourced from Ovum and the Australian Bureau of Statistics.

It was sponsored by the Australian Information Industry Association and its cloud provider members including Salesforce.com, Microsoft and Google.

Those findings were dampened, however, by a recent full Federal Court ruling that cast uncertainty on the viability of some cloud services in Australia under current copyright legislation.

The Federal Court's suspension of Optus' TV Now free-to-air recording service last week caused legal experts to warn similar issues for any automated cloud services that might be used for storing or transmitting copyrighted material without the necessary licenses.

Senator Conroy said he was "following" the issue closely but reserved any statements on potential revisions of the legislation until the Australian Law Reform Commission (ALRC) finalised a review of the copyright system.

"I think there's a need for a broader debate in the community to make sure we're going in the right direction [on copyright], I think the cloud opportunities can't afford to be wasted," he said.

"We have to recognise that there are property rights, there are IP issues and the international community is grappling with those.

"[ALRC] will be able to canvas many of those issues. I anticipate that law reform commission process will flush out a lot of this debate and a lot of them need to try and get a consistent approach."