Conroy resolute: No opt-out for filter 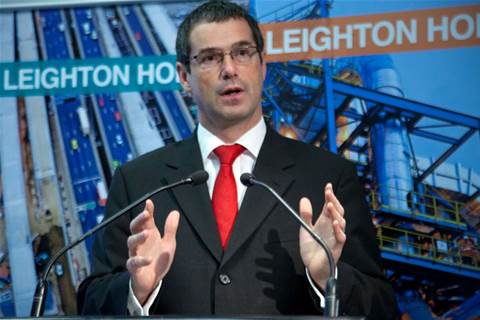 Communications Minister Stephen Conroy has rejected suggestions from ALP colleague Senator Kate Lundy that the Government offer an ''opt-out' for its plan for a mandatory ISP-level filter.

On the eve of the introduction of filtering legislation to parliament, Senator Conroy appeared on the 'Australia Talks' program on Radio National last night to battle an almost universal condemnation of the filtering scheme.

Conroy said Australian citizens should not be able to opt out of the filter as the Government does not allow the same liberties with other forms of media.

Conroy said that "some people want to elevate the internet to something special" - a medium outside the realm of Australian law. But in a pointed attack at critics within the internet industry, Conroy said they should not expect special treatment.

The Minister described Google, which has repeatedly opposed the filtering plan, of having a single agenda - the love of cash.

"When people say, shouldn't we leave it up to Google, I say, I'll back Parliament to stand fast on this issue better than Google," he said.

"I've had no contact with them at all," he said. "My department has not been directly contacted. They [the US Government] may be talking to [the department of] Foreign Affairs and Trade, but was unaware until I saw news this morning."

Minister Conroy said he was yet to be briefed by the Department of Foreign Affairs and Trade on the matter.

Opponents of the filter interviewed on the program predicted it would be circumvented using proxies and other means and argued that there would be "controversial websites caught up in the edges" of Refused Classification content that were not necessarily "abhorrent".

A caller accused the Minister of only using examples of content that causes "moral outrage" - such as child pornography and beastiality - as examples of what would be blocked, which suggested to him a "political agenda."

But the Minister argued that trials of the filtering technology found it to be "100 percent accurate".

There would be "no overblocking or underblocking," he said. "It is 100 percent accurate, and blocks only an individual page within a network."

He said that pages providing detail on how to commit suicide would be blocked, while pages containing debate about euthanasia as an issue would be left unscathed.

Conroy said the Howard government's client filtering alternative was a "complete failure" because less than 30,000 Australians downloaded a filter at a cost to the Federal Government of $84 million.

He said it took a 16 year old "less than 30 minutes to unlock the filter".

"Unfortunately, parents don't have as good as understanding [of the internet] as their kids," he said.

"Savvy internet users can get around almost anything put in place. But the issue isn't about whether its 100 percent successful.

"Are speeding laws 100 percent complied with? No. So should we drop the laws? No."