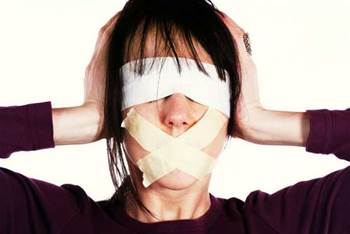 Communications Minister Stephen Conroy has accused Liberal senators of gagging debate on the NBN Access Bill after a motion to postpone sittings to a later date.

But key independent Senator Nick Xenophon and Greens Senator Scott Ludlam defended the Coalition's move, saying the motion did not amount to a "gag".

The motion, brought against the Government by Senator Simon Birmingham, was said to allow the Government to continue negotiations with key independents on a series of last-minute amendments announced this week.

Birmingham offered the Government a "breather" to "get its house in order" on key amendments before putting them to a Senate vote.

He offered to adjourn Senate debate until the Government's amendments were "ready" and not still being negotiated in the chamber as debate raged.

The motion was defeated in a division by 31-33.

Communications Minister Stephen Conroy launched an angry tirade against the Coalition, saying the motion was "yet another attempt to gag debate on the NBN".

"Those opposite can stamp their feet but they are exposed yet again," Conroy said.

"You have no broadband plan. You have no alternative policy. You have a shadow communications minister [Malcolm Turnbull] who occasionally takes time out from his full-time job of destabilising Tony Abbott to make occasional [policy] contributions.

"Find a way to make a positive contribution to the NBN debate rather than this pathetic effort every time we have to discuss the NBN.

"You're afraid of debating the NBN".

But Xenophon chastised the Communications Minister for the "gag" suggestion, saying he was "not ready to deal with some" of the Government's new amendments.

He said he was in "discussions with the Government and key [industry] players" on the amendments and proposed only non-contentious amendments to the Access Bill be debated today - suggesting delays in the bill's passage were now likely.

Lively debate continued in the Senate.