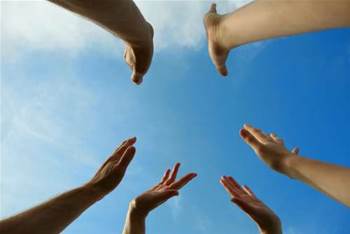 The Australian Communications and Media Authority and local councils could be enlisted to enforce exemptions for the rollout of fibre in new housing estates, according to Senator Conroy's department.

Assistant Secretary for the NBN and fibre rollout regulation at the Department of Broadband, Communications and the Digital Economy (DBCDE), Philip Mason, told a Senate Committee that it was "not intended" that Senator Conroy would handle every case for an exemption from deploying fibre.

Where cases fell outside of the rules for deploying fibre in greenfields estates, it would be left to either the local planning authority - or potentially ACMA - to determine whether an exemption was appropriate.

"Perhaps we're speculating a bit," Mason told the Committee after making the remarks.

"We've got to vote on this [greenfields] legislation," Liberal Senator for Queensland Ian Macdonald responded. "If you're speculating, how do you think we're going to [be able to approach the vote]?"

It was earlier understood that estates that had difficulties with deploying fibre under a mandate to come into effect July 1 could apply directly to the Minister for an exemption from the rules.

This proposal would put the Minister's discretion in the hands of other authorities, who would then have to interpret cases against a set of criteria provided by the Department.

The comments at the Senate Committee cloud an already complex issue which is suffering greatly from a lack of clarity.

The Government had promised to reveal detailed plans in subordinate legislation but has so far only released a "position paper" on the subject late Friday evening.

It still hoped to have the legislation passed by the end of June.

Mason said the DBCDE would take into account submissions from the paper "in parallel" with drafting of the subordinate legislation.

A large number of questions were to be answered by the Department on notice, partially due to the overrun from previous sessions and also the complexity of the subject matter.