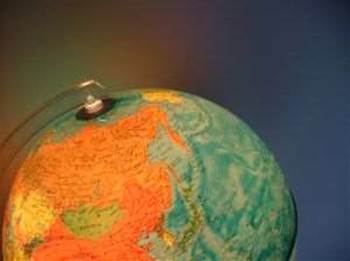 Senator Conroy was forced into an embarrassing gaffe on the ABC’s Q&A program last night, admitting that publishing the ACMA blacklist would defeat the purpose of having it in the first place.

Conroy had to withstand an avalanche of pressure from panelists and audience members - more than 2,000 web and video questions alone were submitted to the show on the filter proposal alone.

Since the publishing of what is now understood to be the ACMA blacklist on Wikileaks, the Government has come under scrutiny over the process by which websites can be added to it.

Many fear that, as in the case of the dentist and dog kennel that appeared on the first list that was leaked, seemingly legitimate content could be caught up and banned.

But a suggestion from one audience member asking whether the Government could block websites with objectionable material and publish the ACMA blacklist for the purpose of increased transparency drew an interesting response from the Minister.

"Publishing the list would defeat the purpose of having the list," Conroy said. "It's a genuine condundrum."

The irony of Conroy's comments wasn't lost on the audience, nor the show's host Tony Jones.

"It is a genuine condundrum because the list has been published for you," Jones said above the laughter.

It wasn't the only embarrassment for Conroy, who was forced to concede that a mistake had been made blocking a website carrying images of controversial works by artist Bill Henson.

The classification, reported by a major Sydney newspaper, appeared to confirm fears of ‘scope creep' and that seemingly benign material could be banned without public knowledge.

"The classification board looked at this website and actually said it's PG [rated], and a technical error inside ACMA I'm advised literally included it [on the blacklist]," Conroy said.

"It shouldn't have been on the list. I've asked ACMA in the last few hours to through their entire list again to see if there's any other examples of this. They're piling their way through it overnight."

Conroy also used his appearance on the program to explain why the dentist site had appeared in the first list leaked to Wikileaks - although he maintained this was not the blacklist (but later admitted that from what he'd been told, the second list leaked "appears to be closer" to the actual list).

Conroy said that although the dentist site "had been a good bit of fun this week", the serious side was that it had been caught up in a campaign by the Russian Mob targeting Queensland small businesses last year.

"What they [the Mob] did was identify web sites that had blank pages underneath the main page, and what they would do is they would put some material that would be refused classification on that one page within that site. Then they would spam all the people that would be interested in looking at this material," Conroy said.

"We were advised by international agencies that this was what was happening. So it was blocked internationally - it was never blocked in Australia - and then it went away.

"So the dentist that people say ‘well how could you ever block a dentist'? Because the Russian Mob hacked his site. Well, not his site directly, but they entered into using his web address.

"I don't actually have a problem with trying to combat the Russian Mob - I'm not exaggerating - putting material that would be refused classification [on a site] and then trying to publicise it worldwide."

Conroy said a similar attack on a website owned by Czech Astronomy Services had resulted in some 12 million people accessing viral child exploitation materials within an hour or two of the Mob spam being sent.