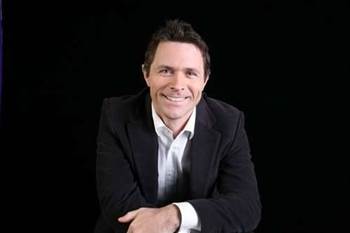 Labor MP Jason Clare has been named the party’s new Shadow Minister for Communications, in a shake up of the shadow cabinet announced today.

Former Communications Minister Stephen Conroy has been given the shadow portfolio for Defence. He will also hold the role of deputy leader of the Opposition in the Senate.

Conroy told Lateline earlier this week he would be happy to take any portfolio given to him, but there was "no question" he had an "ongoing interest" in the communications sector.

Clare will be supported by Michelle Rowland as Shadow Assistant Minister for Communications. Rowland will also serve as the shadow minister for Citizenship and Multiculturalism.

Clare, a 41 year old career politician, has had little involvement with the communications portfolio thus far. Clare joined the Labor Party after graduating high school. He has law and arts degree from UNSW.

He is the member for Blaxland in Sydney's west. During the recent Labor Government Clare served as Minister for Defence Materiel for two stints between 2010 and 2011, and later from March 2012 to February this year, as well as Minister for Justice and Cabinet Secretary. He joined Parliament in 2007.

Clare was also a senior advisor to former NSW Premier Bob Carr and Police Minister Paul Whelan in the 1990s.

Member for Chifley Ed Husic, widely expected to pick up a role in the shadow Communications portfolio due to his involvement in the NBN and a number of communications-related committees, missed out on a position in the portfolio and was instead named the Shadow Parliamentary Secretary to the Shadow Treasurer Chris Bowen.

Labor's most recent Communications Minister Anthony Albanese has retained the Infrastructure and and Transport portfolios as shadow minister, and picked up the shadow Tourism portfolio.

Clare's biggest and most immediate task will be to debate Communications Minister Malcolm Turnbull on the national broadband network.

Turnbull is currently in the midst of shaking up Labor's rollout in order to deliver what he says will be a cheaper, faster network.