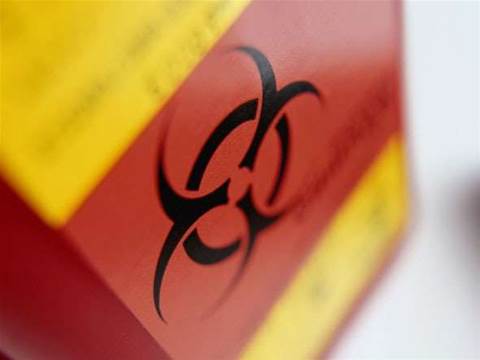 Researchers in Canada claim that the use of such computer-based "emergency discovery" technology could save time, money and lives during a disease outbreak or bioterrorism attack.

The repurposing or "reprofiling" of existing medication to deliberately develop emergency drugs is a new concept, made possible by advances in chemo-informatics.

This new field merges chemistry with computer science, according to study presenter Artem Cherkasov, of the University of British Columbia in Vancouver.

"In the case of new infectious threats, there might be no time to develop a completely new drug 'from the ground up' as the corresponding toxicological studies and regulatory investigations will take years to complete properly," said Cherkasov.

"Finding an already existing, well-studied therapeutic agent that will kill an emerging bug might provide a rapid 'first line of defence' response option."

Using the newly developed computer-aided system, the researchers plan to identify vulnerable cellular components of a pathogen using proteomics, or the study of proteins and their interactions.

They will enter these key structures into the computer and, using elements of modern 'artificial intelligence', will identify drugs that have the highest potential for activity against the target and for antimicrobial activity, explained Cherkasov.

Those compounds with the highest 'ranking' can then be tested quickly in the laboratory against the pathogen and eventually used to treat infected individuals.

"The chemical structures of compounds we identify usually look nothing like known antibiotics. But if a compound behaves like an antibiotic in a computational model, it may act as one in a real life," said Cherkasov.

Cherkasov has programmed his computer system to identify 'antibiotic likeness', or those chemical structures which have the most potential for antibiotic activity.

There is a growing need to expand and complement the range of available antimicrobial compounds, as many big pharmaceutical companies have withdrawn from the field of anti-infective agents, according to Cherkasov.

Only two novel antibiotics have entered the market in the past 20 years, he said.
Got a news tip for our journalists? Share it with us anonymously here.
Copyright ©v3.co.uk
Tags:
battle chemists computers help in software superbug