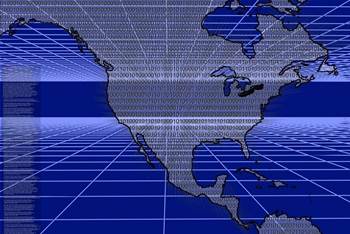 Almost a quarter of over 1,000 computer users surveyed by Sophos think it's acceptable for their country to spy on another nation in peacetime by hacking or installing malware on its systems.

One in 14 of the respondents also gave the green light for denial of service (DoS) attacks to be launched against "another country's communication or financial websites" during peacetime.

And just under 10 percent said that countries "should be allowed to plant malware and hack into private foreign companies in order to spy for economic advantage".

The rates were even higher in times of war, confirming the internet's status as an attack vector or weapon to be used in modern warfare.

About 23 percent of those surveyed did not think it was necessary to come to an international agreement on "what types of cyberwarfare are acceptable".

"It's perhaps surprising that so many people seem to think that using the internet as a tool for spying, or even as a weapon, is acceptable practice," said Graham Cluley, senior technology consultant at Sophos.

"After all, by giving the green light to these kind of activities, you'd also have to expect to be on the receiving end too."

Spying on other countries via hacking and malware was acceptable to 40 percent of respondents "only during wartime". Spying on private firms was accepted by 23 percent in times of war.

DDoS attacks on communication and financial systems were also given the green light by just under half of respondents in wartime.