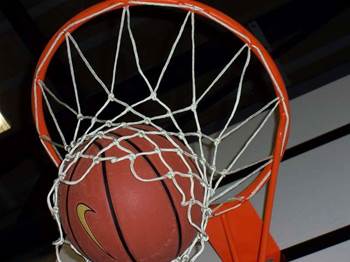 Researchers have created a computer ranking system that consistently predicts US basketball rankings more accurately than polls of sportswriters, coaches, currently used formulas and computer models, and even the tournament seeds themselves.

Dubbed the Logistic Regression Markov Chain, or LRMC, the new method is said to have proven itself by correctly picking all four of the 2008 finalists for the National Collegiate Athletic Association (NCAA) basketball tournament.

By identifying the 30 of the 36 Final Four participants in the past nine years of tournaments, the method has achieved 83 percent accuracy. In comparison, the seedings and polls have correctly identified only 23 of the 36 NCAA Final Four participants in the same nine year stretch, and the currently used Ratings Percentage Index (RPI) formula identified 21.

Similar to other rankings systems, LRMC uses the quality of each NCAA team’s results and the strength of each team’s schedule to rank teams. The method has been designed to use only basic scoreboard data, including which teams played, which team had home court advantage and the margin of victory.

Designed and maintained by Joel Sokol, Paul Kyam and George Nemhauser, who are three Engineering Professors at the Georgia Institute of Technology, LRMC is set apart from other computer rankings systems in its method of determining the value of home court advantage. LRMC considers how much playing at home helps a team win rather than how many points playing on a home court is worth.

Computer rankings systems are expected to have a distinct advantage over the picks of sports professionals and fans by taking the emotional aspect out of the decision-making process.

“As fans, we only get to see most tournament teams two or three times at most during the season, so our gut feelings about a team are really coloured by how well or poorly they played the few times we've been watching,” Sokol said.

“On the other hand, our system objectively measures each team’s performance in every game it plays, and mathematically balances all of those outcomes to determine an overall ranking.”
Got a news tip for our journalists? Share it with us anonymously here.