Comms Dept to shed up to 25 percent of workforce 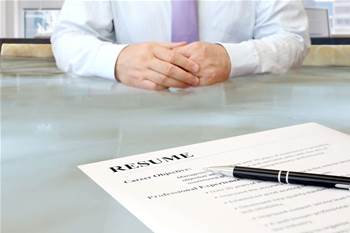 Workers at the federal Department of Communications will be forced to reapply for their positions in a “spill and fill” process designed to slim the workforce down as much as 25 percent.

Communications staff were this morning informed, via a 17-page document sighted by iTnews, of a new structure to be implemented at the agency, affecting all full-time staff members in an effort to potentially cut up to 130 positions.

The department is understood to have a current headcount of 550 staff, 519 of those which are full-time equivalent.

The new structure will see the majority of the department’s workforce asked to reapply for their current role.

iTnews understands the opportunity will only be given to full-time equivalent staff.

For workers unsuccessful in re-attaining their current position, three options are on the table: apply for a lower-grade role on a reduced salary, take a redundancy or be redeployed elsewhere within the APS.

Voluntary redundancy applications wouldn’t be processed by management until the job application process wraps up, the department said in the communication to staff.

“To achieve our strategic priorities, and meet our goal to be the Australian Government’s pre-eminent advisor on communications, the department will during the course of 2014 realign its structure and the roles of our staff,” it advised in the document.

It will take one layer of the organisation at a time before moving on the next when ‘designing and selecting’ the roles and staff for each individual layer.

The department will make information about the positions available for each layer to “eligible employees” at the start of the selection process of each of the five individual organisation layers.

Employees are only able to apply for jobs at their current employment level or below.

President of the Community and Public Sector Union Alistair Waters said in a statement the process was “disruptive, costly and deeply divisive”.

“All it will do is pit colleague against colleague and throw the department into a tail spin,” he said.

“Waking up and finding out that your department is cutting jobs is bad enough but then to be told you will have to fight your workmates to hang on to job is worse.”

He said while the union understood the priorities of government departments change, Communications had not approached it in the right way, and called on the department to rethink the process.

“If jobs need to be cut, then the department should first ask people to apply for redundancy rather than go down this divisive route,” he said.

“This is not the way to treat your staff. It’s an unprecedented example of the appalling way that this Government deals with public sector workers. Cutting thousands of workers’ jobs is bad enough but to do it this way is just cruel and vindictive.”