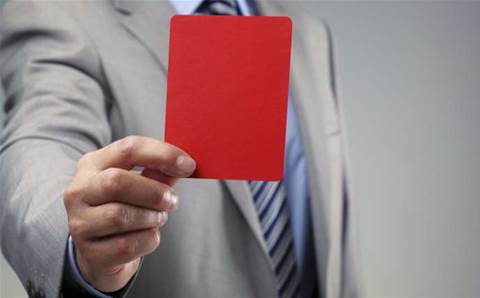 WA’s education and health committee has demanded to know if any public servants or agency bosses will face sanctions over the $81 million mismanagement of one of the state health department’s biggest IT contracts.

The West Australian auditor-general, Colin Murphy, revealed in February that WA Health’s data centre deal with Fujitsu had blown out by as much as $81.4 million over the years - with much of the increase blamed on unapproved contract variations that appeared to slip through management and probity gaps.

The state’s Crime and Corruption Commission declined to investigate, but the matter was later taken up by the state parliament’s standing committee on education and health, which is chaired by government MLA Graham Jacobs.

The committee has formally asked Health Minister John Day to report to the WA Legislative Assembly on whether any “disciplinary proceedings or performance improvement action” has been taken against either of the WA Health employees implicated in making the unauthorised work orders.

“The committee was astonished and extremely concerned to learn that DoH employees signed off contract variations well in excess of their authority, at times exceeding their delegation limit by 20,000 percent,” said the report, handed down yesterday.

The WA Public Sector Commission told the committee it has completed a ““preliminary assessment of the facts and circumstances” of the contract amendments for the director general of the health department “to determine what, if any, further disciplinary or performance improvement action may be appropriate” for the staff members involved.

The commissioner was planning to meet with the agency chief soon, it said.

The PSC advised that the spectrum of actions available to it, depending on the severity of a breach of public service rules, go all the way from performance management to criminal action.

But the committee wants to know whether the consequences could go higher.

It said there are provisions in state legislation to penalise breaches of State Supply Commission and State Records Commission policies, although it acknowledged “it is extremely rare for these to be applied”.

Despite this it said that, “in light of the DoH’s history of mismanagement of significant projects, the committee would urge the SSC and the State Records Commission to revisit the penalty provisions and consider whether it would be appropriate to apply them”.

Options include placing an SSC officer within WA Health, at the department’s own cost, to supervise its procurement practices.