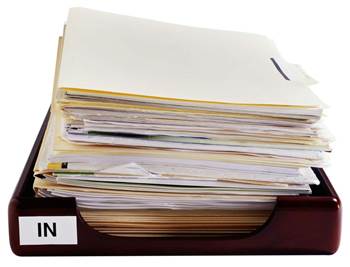 The Federal Government's Commission of Audit report has encouraged the Government to study the case for outsourcing the Department of Human Service's payments system, while recommending all agencies take a more agressive digital and cloud-first approach to their operations.

In a report characterised by cutbacks and cost-saving initatives, the national Commission of Audit's review into the performance, functions and roles of the Commonwealth Government makes 86 recommendations on ways the Federal Government can improve efficiency and productivity across all areas of expenditure.

The report, handed down today, puts technology firmly at the centre of the new proposed operating model.

Following Treasurer Joe Hockey's comments about the need to modernise Centrelink's 30 year-old Model 204 database management system, the CoA has endorsed the upgrade and set the expected cost between $1.2 billion and $1.5 billion.

But it went even further, suggesting the Government test whether all or part of the DHS' payments system (ISIS) - supported by the ageing mainframe system  - could be outsourced, via the development of a scoping study.

It said it recognised such an undertaking would be "substantial" and "high risk", and emphasised that it only supported outsourcing the development and maintenance of ISIS, not  the assessment of payment entitlements.

Human Services CIO Gary Sterrenberg late last year signalled a potential upgrade to the system, after being allocated $16 million in the last federal budget to develop a business case for the upgrade or replacement of ISIS.

The CoA similarly flagged the potential outsourcing of the visa processing functions of the Department of Immigration and Border Protection.

Specific services it said would suit outsourcing include call centre work, design and operation of websites, and processing of low to medium risk visa applications, among others.

It said outsourcing such functions could help avoid the periodic costs associated with upgrading a complex web of systems supporting the visa processing.

It also advised that the border control functions of the DIBP, Customs and the Border Protection Service be merged into a single border agency, to be known as Border Control Australia.

The CoA urged the Government to follow the lead of the United Kingdom and Denmark by embracing a ‘digital by default’ strategy, with the online myGov service located at the centre of an “aggressive new approach”.

The CoA report urged a “bold strategy” involving senior ministerial ownership and a “digital champion” within Cabinet, assisted by a central team and chief digital officer - which would report directly to the Communications Minister - supporting the strategy.

The Commission singled out the Minister for Communications as the potential leader of such a policy, which would take the responsibility for the Government's digital strategy out of the hands of AGIMO and the Finance Department.

The new chief digital officer could also serve as the lead of the development of the new DHS payment system, the CoA said.

The Commonwealth Government has already made a commitment to ensure every government interaction that occurs more than 50,000 times per year can be undertaken online by 2017. It will also aim to make all government correspondence available digitally by 2017.

“The Government should do better than that,” the CoA said, urging more ambitious deadlines and savings targets.

The Government has also been urged to enforce a mandatory ‘cloud first’ policy, particularly for low risk, generic ICT services, across the whole-of-government.

The previous Labor Government launched its national cloud computing strategy in May 2013, requiring agencies to consider public cloud solutions as part of any new ICT procurements.

The current Coalition Government promised to retain the policy after it came to power following last year's federal election, but has not provided any further comment on the policy since.

The CoA estimated that a mandatory cloud-first approach over three to five years could progressively reduce ICT costs as cloud computing becomes the default option.

Despite the mixed results in the states, the Commission has given its approval to a shared services model which it says the Government should implement as part of a staged approach.

A whole-of-government shared services model has been historically used among state governments but never widely by the Commonwealth.

Amongst the 86 recommendations, the CoA also recommended the privatisation of a number of government-owned entities, including NBN Co, "in the longer-term". The privatisation of NBN Co has been canvassed by both political parties since the concept of a national broadband network was first introduced.

Legislation currently requires the Government to maintain ownership of NBN Co until at least the network is built, but the CoA said provisions for the company's eventual privatisation were already in place.

"The revenue achieved from a potential future sale of NBN Co is included in thje projected internal rate of returns contained in the six scenarios outlined in the review. The Government has not yet responded, but it is likely that the longer-term future of NBN Co will include an eventual privatisation."

The Government is expected to detail which recommendations it will take up when the federal budget is released on May 13.