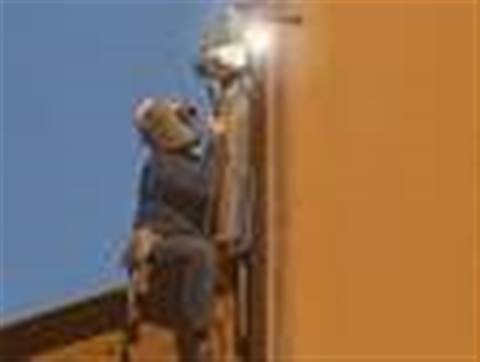 OK, I know that this may not be the first Vista installation story you may have read, but it may add further to the knowledge base of information available to help others make a reasoned decision on whether to go for Vista or not.

I bought a new Lenovo/IBM Thinkpad X60s last year as it was 'Vista Capable', unfortunately just a little early to benefit from the free upgrade to Vista available from many vendors.

So I ran the Microsoft Vista Upgrade Advisor Tool which came up with one major issue - the joys of Symantec Client Security, which had to be completely uninstalled - alongside a few warnings of "minor incompatibilities".

The tool also showed that I could run Ultimate Edition with all the bells and whistles of the Aero interface: 3D, transparency, the lot. Everything looked pretty good for a relatively seamless upgrade.

I went to the Lenovo site, which came up with further advice to uninstall a few pieces of its software, but again, nothing too major.

So, having followed all the instructions (very unusual for me), I put in the Vista DVD and off I went. Just over an hour and a quarter later, I had a machine running Windows Vista.

Aero was there, and all told, it looked pretty good. It looked like the upgrade had gone relatively smoothly. However, then came the problems.

Firstly, internet access just did not work from the Wi-Fi connection. No settings had been carried across to Vista, so I had to remember my WPA settings and so on, but even then, I could not get to any external sites at all.

I could, however, ping internal machines. Finally, by manually putting in DNS entries, I managed to get external access.

Then I found that most of the Lenovo tools did not work. I had to download new software from its site, but no advice was provided as to the order in which things needed to be done.

Even when I had managed to get the automatic updater working, Lenovo's site was still offering me a full range of possible updates, including some that were not Vista compatible.

Eventually, after another three hours or so, I managed to get the laptop to a position where I felt that I had wireless, wired network and 3G connectivity all working, along with the majority of the Lenovo tools working to a greater or lesser degree.

So, then on to the applications. In place of Symantec, I went to apply Trend PC-cillin 2007, which is shown on the Microsoft site as being Vista compatible.

Well, it is, but you have to have the specific Vista version, which is apparently only a beta, so my serial number does not work with the product.

Diskeeper defragmentation software also doesn't work, but there is a version available that you have to ask for specifically, which was all managed well by Diskeeper themselves.

My PDF software doesn't work any longer, and I'm not sure if the vendor is going to bring out a new version in the immediate future.

My main printer also stopped working, and according to Konica Minolta's site, there will be a new Vista driver coming through "sometime in Q2".

However, a quick Google search found a different part of the Konica Minolta site that said that just reinstalling the XP driver would work. Which it did.

Now down to performance. Remember that I had run the upgrade advisor tool, with a result that everything would be fine.

Running Vista on this 'Vista Capable' machine meant that the 1GB of memory ran at an average of over 80 per cent utilisation constantly.

Response could almost be measured in geological timescales. The machine was measured at a '3.1' by Microsoft's own performance tool, which I believe is meant to be pretty good. The games need around a 2.0 to run in full 3D capabilities.

So what lessons to learn? Well, a Vista upgrade still seems to be a techie thing, and consumers may want to look at either buying a machine with Vista already on it, or to do a clean install to an existing machine, backing up and restoring data files as needed.

For companies, it looks like it creates bigger issues. The upgrade advisor tool missed several compatibility issues that were found after the event. The 'Vista Capable' badge seems to be meaningless; if this was a machine that was built with Vista in mind, the upgrade should have been far easier.

If it just means that the existing operating system is capable of being over-written with a completely new installation of Vista, then this needs to be clarified.

And, if Lenovo is anything to go by, hardware vendors need to provide far better information as to how their drivers will be provided and applied for such 'Vista Capable' machines.

Imaging software may provide some capabilities to create 'golden' images that get around many of the problems found, but only if device drivers are more widely available for items likely to be found in small firms and large organisations.

Finally, many vendors seem to be woefully unprepared for Vista. The lack of programs that are fully Vista compatible, the lack of device drivers for basic things like mainstream printers, and the lack of available information on many vendors' sites is deplorable.

Vista does look good, and I believe that it has some functionality that will make life easier for users, as well as a greatly improved security architecture.

However, at this stage, I think that Vista is only for new machines, for machines where a complete over-write is possible and for techies who don't mind wasting a few hours.

Only when the market has matured a little to provide full support at the application and driver level could I recommend a general user to consider attempting an upgrade.
Got a news tip for our journalists? Share it with us anonymously here.
Copyright ©v3.co.uk
Tags:
another comment of software tale upgrade vista vnunetcom woe yet